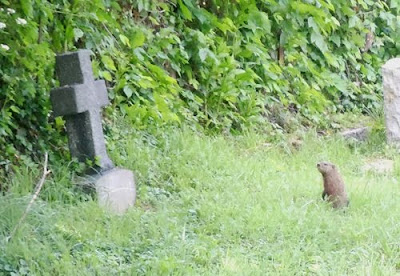 My journey to this grave started in the tunnel, where I first witnessed this train. 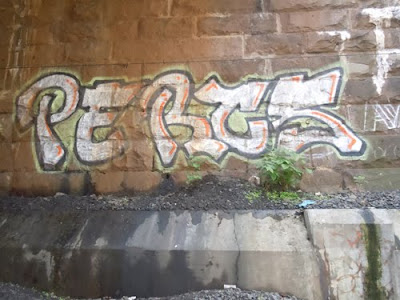 I wanted to see the inside of this tunnel for a while now. Late Spring said the calendar but Summer gave us no doubt that she has arrived. Figured it would be a good time for this walk, fewer bugs. Going through the entire tunnel will have to wait though. I lost my nerve. Just too creepy, too dark, was that a rat? 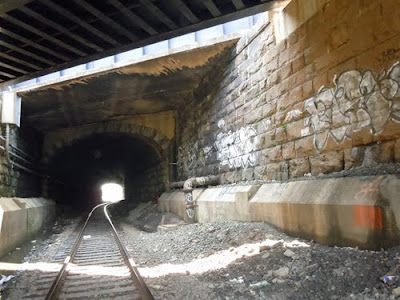 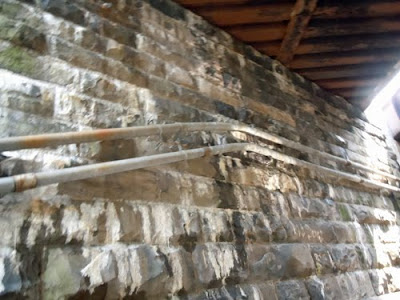 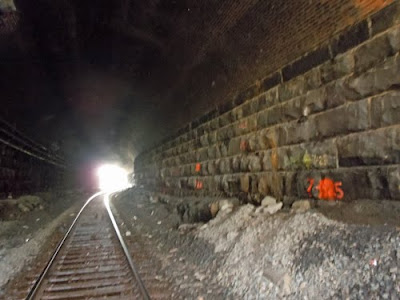 Instead I followed a path up a hill to a clearing. Actually it’s a path to the PATH, a service road for the subway system. I could see the end of the tunnel but still don’t know where the freight trains go. PATH is absolute, linking our fair city, as well as Essex County Gothams of Newark and Harrison to the capital of the world. Surrounded by trees bedecked in a new Summer, all verdant and plump... those cities seem very if momentarily... far away. 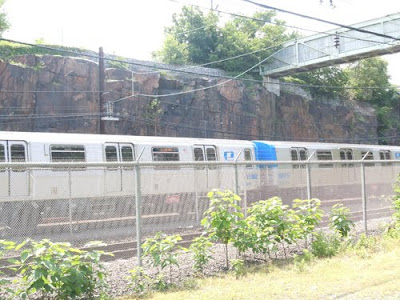 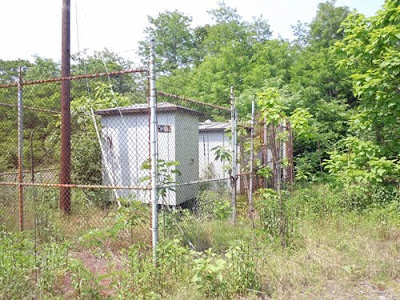 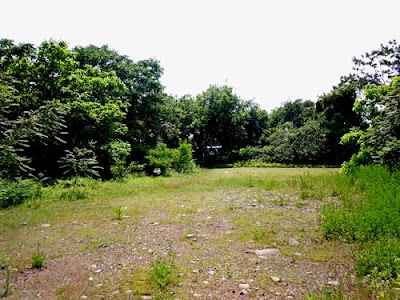 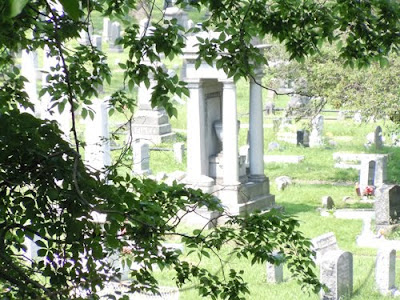 Death never remains at a distance for long. As I wondered and wandered I came upon the the “Jersey City and Harsimus Cemetery”, a genuine Jersey City landmark. Through the trees, saw the familiar stones; although before this day I had only seen them from the other side of the green, through the iron fence on Newark Avenue side. That fence does not go all the way around the perimeter. You can sneak in through the woods. Many graves date back to the 19th century. Some stunning stone sculpture. A Christ crowned with thorns, crying; what looked an angel whisking a child to heaven. 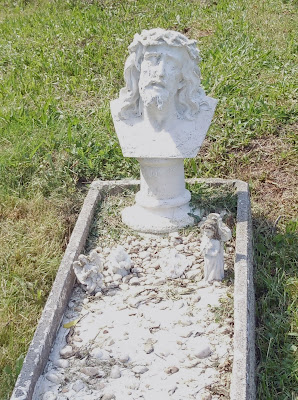 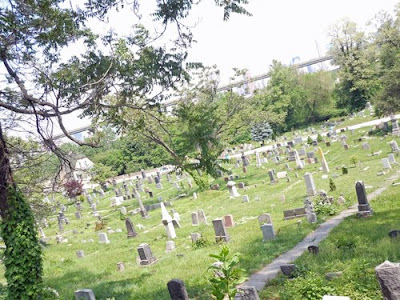 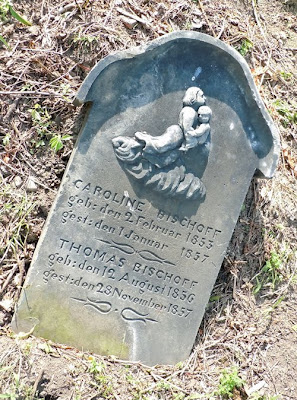 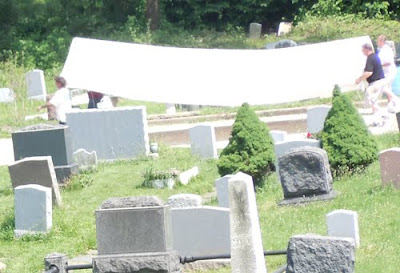 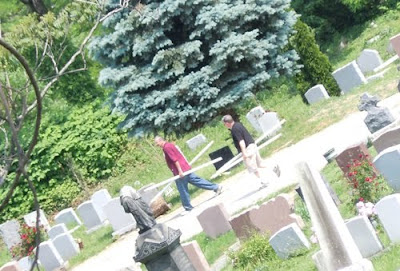 You could see the highways and edges of our city and the other cities over the tops of the trees. Probably more visible when there aren’t any leaves. But now the leaves are new and plentiful. A sanctuary atmosphere is created, enhancing the slight relief from grief a graveyard can provide. I saw a wood chuck, a red breasted robin. Guys were there, older then myself, on a beer break. They greeted me, asked if I had a pass, then laughed. I wasn’t the first person they’ve seen wander down off the hill into the cemetery. Nice guys enjoying their task on a nice afternoon. They were setting up a canopy for tomorrow, Memorial Day, services for the dead soldiers of Jersey City. I walked around, sat for a while, enjoyed the sun, listened to their laughter as they brought over the tent, the poles, from the back of the cemetary to the entrace. It wasn’t the first time they prepared for Memorial Day ceremonies. 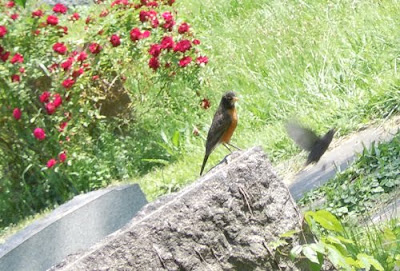