People overlook, fail to appreciate or take for granted lots of things that make where they live special. No so in New Jersey. I’ve never met anybody who lives in New Jersey who fails to appreciate one of the greatest things about our Garden State Culture – the Jersey Diner. I’ve met dozens of folks from out of state who are also quick to compliment our diner collection.

I thought I knew all the ones in our fair city – and we have some pretty good ones – but my buddy Ricardo kept telling me, “have you ever been to the Liberty State Park Diner?” 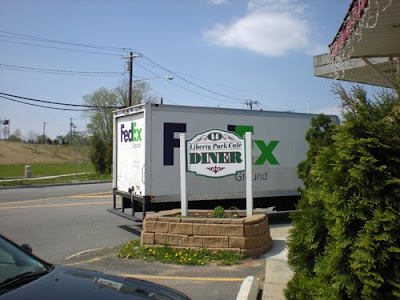 The answer would be no. So when our schedules finally had some mutual free time, we picked up Eddie and went to lunch. This diner is located on the Jersey City outskirts—near the inlets and marshlands at the upper corner of the Liberty State Park that forms part of the Bayonne border. It’s across the street from a still-working CSX track and the Liberty National Golf Club 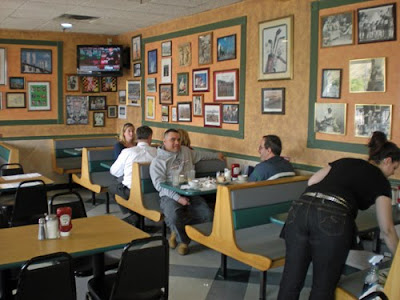 The official name is Liberty State Park Café Diner. As soon as we pulled into the parking lot and I saw the sign, I immediately liked the place. One might think that café and diner are two distinct dining categories but this is New Jersey where you can have it all!

You can be both a café and a diner!

Some of the windows had full decals of classic Coca-Cola, logo and curved bottle. It was like stained-glass soda, the windows mimicked the glass of a soda bottle. 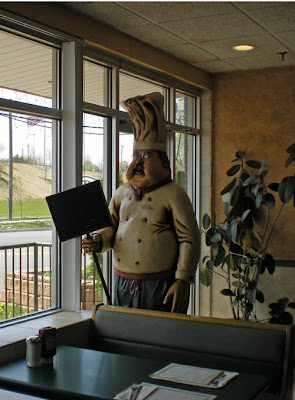 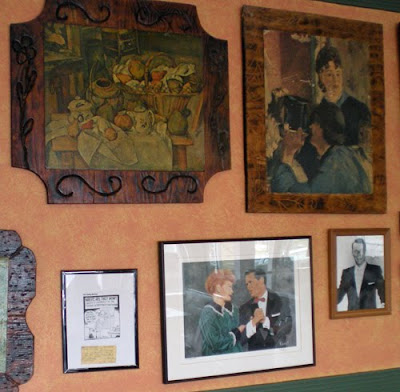 Inside the atmosphere was friendly and fun. I had the feeling the actual building may originally have housed an eatery other than a diner, I was thinking of a large pizzeria or ice-cream parlor, the ambiance seemed a little more open and sunny than the traditional Jersey Diner. Or more than likely I’m totally off-base. The exterior does look like classic diner façade.

I was impressed. It was a fabulous lunch!

Diner food is comfort food. Maybe busy being born and bred in Jersey has made it so since Diners have given me affordable comfort food all my life. Diner waiters and waitresses are generally friendly and they were genuinely sweet hearted at the liberty. The young woman had gone to the same Mets game last week that Eddy attended and they traded stories about how cold it was. At least they won that outing.

Enhancing the comfort level were the entertaining decorations of idiosyncratic Americana. One was dedicated to the Little Rascals—cute kids and the Great Depression—what’s old is new again I guess. Another wall had other Golden pop era pictures, what looked like a signed picture of Frank Sinatra—another had Desi & Lucy, all glamorous and happy. Another wall was dedicated to 9-11 memorabilia, photographs of the towers and first responders and similiar images so familiar to us all. 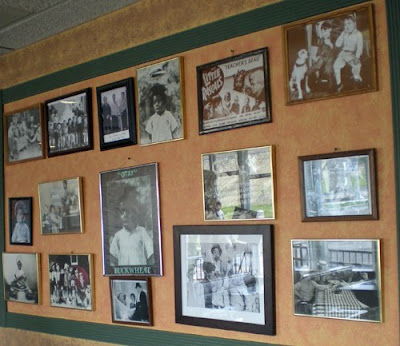 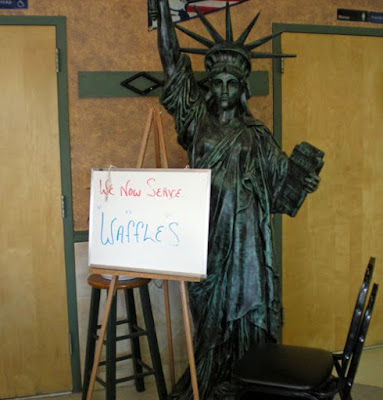 Besides the turkey breakfast sausage, I liked the unique statuary in the place the best. In one corner was a gigantic chef, which looked like a pizza chef to me and that made me think of what this place might have been a pizzeria in a previous incarnation and the gigantic pizza chef remained.

I dug the reduced-size Statue of Liberty, standing guard near the rest rooms with a hand-written sign: “We Now Serve Waffles!” Just what the huddled masses need in these times. Never been a big waffle guy, so I didn't bother to check if the waffle selection included Belgian or were just American. I was just happy that Waffles are now available at Liberty State Park. I'm sure somebody's prayers were answered.

Jersey City may not really be complex, but it is multi-layered. You can never know everything there is to know about Jersey City, no matter how long you’ve lived here. It’s a great diner and obviously has been there a while.

One thing there can never be too many of in New Jersey – diners. Jersey City has some great diners.

Now I know another one in that collection. 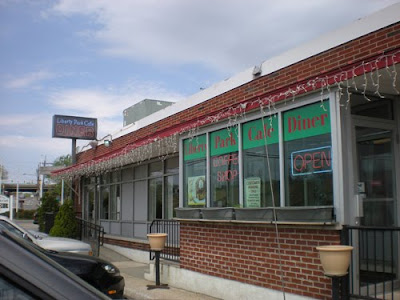 Here’s their website: www.libertyparkdiner.com which can’t seem to settle on café or diner as the official name.