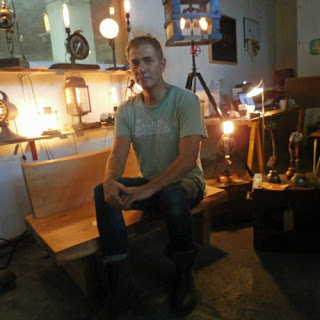 You have to walk up a few flights in this old warehouse on Bay Street where his family operates a rug manufacturing business to get to the madly eclectic studio of Philip Nickolas, an apparently madly eclectic artist. As large as a furniture showroom, one side near the entrance is an elevated painting studio – you know, where he paints his canvases, where abstracted nudes predominate.

Adjacent to that is another workshop area where he makes his steam punk contraptions, like water faucets that look like a metal flowers in a vase or the gears and handle of a old fashioned meat grinder transformed into a lamp, lighting fixtures made out of oil cans. 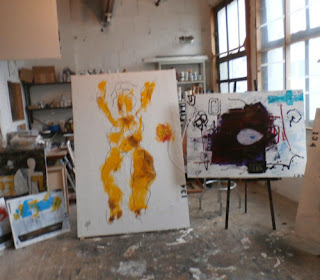 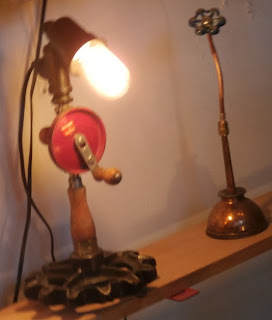 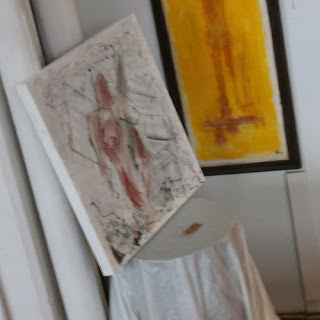 No mere recycling this, not an invention repurposed from necessity– this was an industrial re-imaging of Pee Wee’s Playhouse, familiar objects shedding their familiarity and finding a new juxtaposition, making us re-imagined the boundaries of the ordinary.

Hand-made wooden tables were also on display – and there was also a slightly bigger than a closet sound studio where Philip mixes what I gathered to be a form of techno music.

The imagination at work was as impressive of the realization of that imagination of that work. I became focused on the selection, Picasso-esque nudes and antique or near antique metal objects refashioned into functional objects de art. 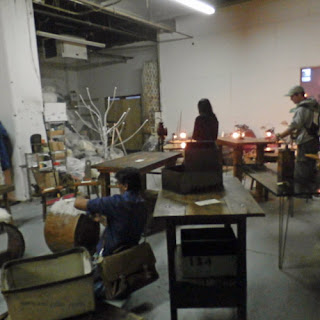 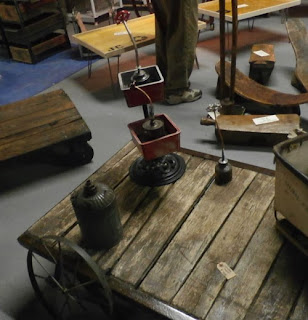 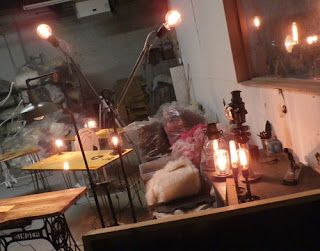 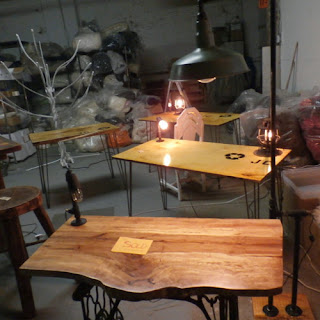 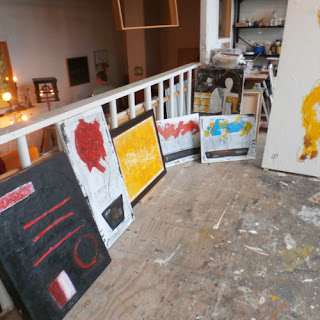 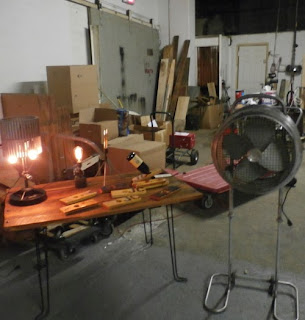 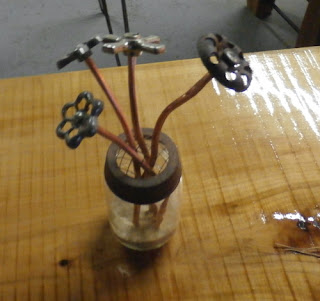 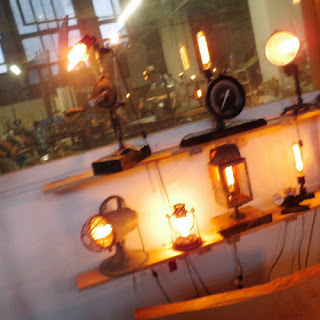 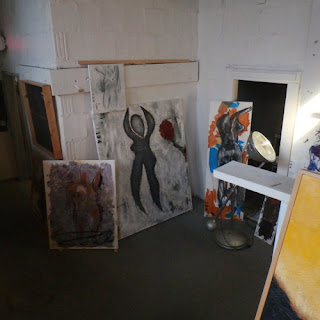 During the industrial age, the concept of alienation first emerged, the worry being that the proliferation of this new fangled mechanization machinery was separating our selves from our humanity. Our digital era has long since dawned, and the overload of information our personal devices provide induces a new wrinkle of alienation. Steam punk – which Philip called his work in the Art Tour brochure– is a romantic reimagining of the Victorian era and that era also coincided with the rise of the railroad, mass production and the internal combustion engine–art movements like surrealism and abstract that followed on the heels of impressionism paintings (not to mention Marx, etc.) were also comments on the rise of alienation in western culture.

The meshing of the repurposed objects with the very human forms emerging like figures from fog, our present day form of alienation making us if not long for, at least feel more comfortable with, the alienation that first heralded the advent of modernism. We identify with a re-imagined past as a way to find solace from, and make sense of, the current anxiety inflicted by the latest chapter of modernism that we find ourselves in. 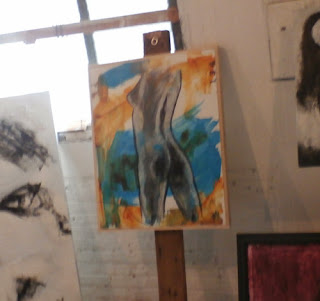 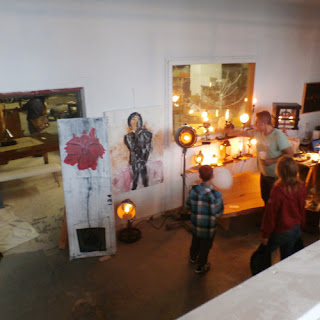 Check out Philip Nickolas FaceBook Page
Posted by Mr. Tim Hrk at 10:28 AM