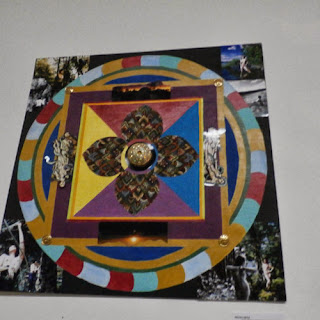 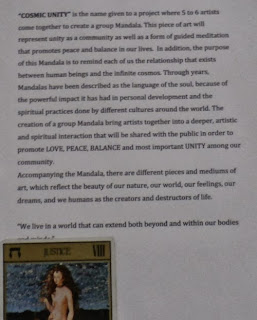 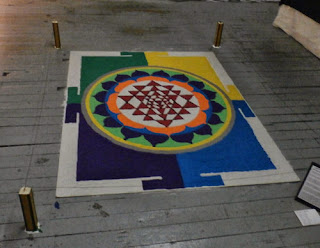 Colorful, symmetrical, circle and angles, on the prayer rug on the floor, candles at the corners. I must’ve missed the séance or yoga class or was too early to add the skulls, roses and dancing bears. Okay, my quarter has run out on my mandala joke meter.


Mandalas  engage us in a hypnotic way – does symmetry exist aside from a duality – the snake eating its tail – we begin and we end and before we begin and after we end there is nothing – but is that nothing inside or outside that circle – the hypnotic engagement – the angle-free geometry both confuses us and gives us focus, add color and light and variations and the mandala does seem other-worldly,  or some how both here and there, the boundary  separating the material and invisible dissolves. 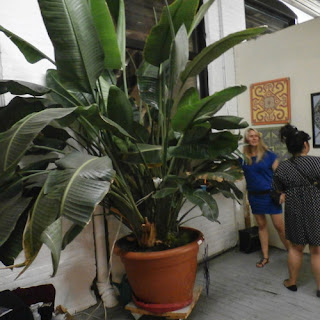 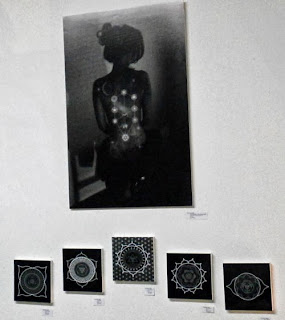 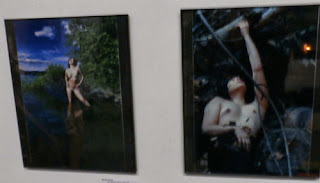 Cosmic Unity – in an explanation that at times made me suppress my inner editor/English major – talks about the relationship between the individual and the infinite universe. The “5-6” artists were featured in a side room in the vast Tenmarc  building, the warehouse repurposed as central nexus of the Jersey City Artists Studio Tour.


The exhibition featured two spinning  mandalas – not just the illusion of spinning, but actual mandala objects attached to a gizmo that made them go round and round. On the walls were several mandala images, interspersed with some nudes – including photographs a woman in nature, a man whose hands were bound – and a picture (I think some photography was used) of woman whose spine is illuminated by a pattern of new age symbols – more mandalas. The woman is a dark a shadow-like figure, and the symbols are luminescent white. On another wall were more surreal images that incorporated mandala-like geometric symbols,  similar to tattoos one might say. 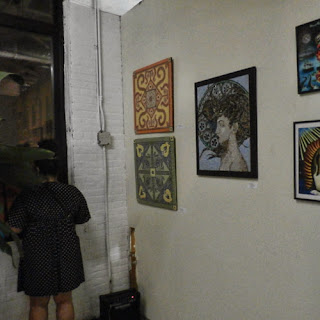 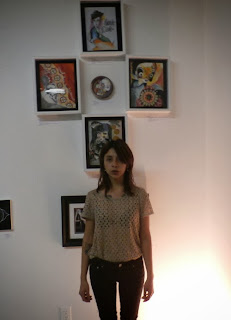 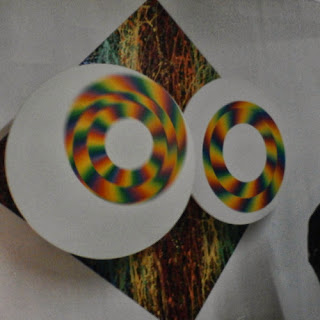 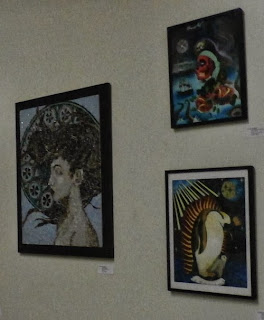 A Jurassic Park-sized rubber plant was in one corner, near a table with tarot cards and candles. The feeling was New Age, unabashedly wallowing in Eastern Spirituality. This mini-gallery within a super-sized gallery housing a loud and crowded arts celebration – with its collection that focused on symmetry naked humanity and some combinations of the – opened up your inner window to deeper revelations.


At one with the cosmos can easily seem like some silly Hippie ideal. One thinks of nature –represented here in some of the photography – as something we are either at one with or isolated from – but what about what is beyond nature.  Why are those atoms evolved into you and me and other atoms are the stars in the sky? Cosmic Unity is not about answering imponderables – it was about just being, the being is the ponderable – like symmetry of a mandala, you accept the ineffable moment of oneness. 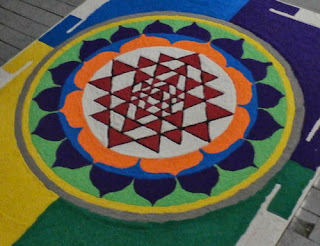