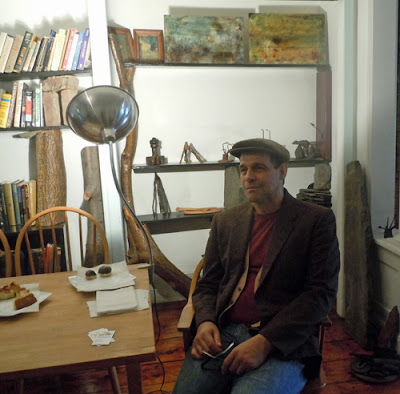 Source of Life has been an ongoing art project more than 10 years in the making by Marco Runanin, a chef by trade (he has a website for chef services, the Chef Works). He exhibited this ongoing work for public view during the J.C. Artist Studio Tour for the first time. The work mixes materials – wood, stone, metal, etc. – and combines found art with abstract conceptualism. 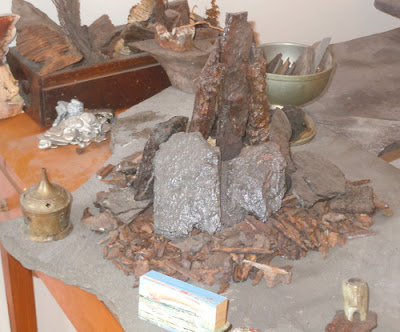 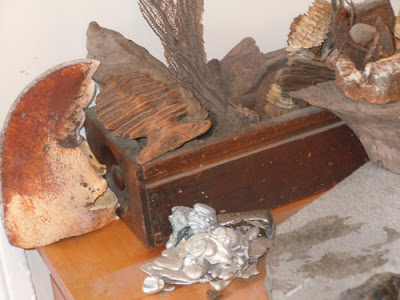 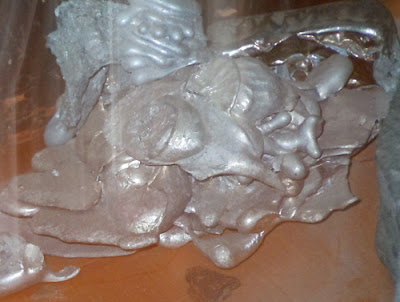 What is the Source of life? You may want to clarify if you mean this in a general sense or specifically about the project, but the answer could be the same. Marco has an alchemical answer to this metaphysical question. The use of different materials that combine in his words, “permanence with the temporary.”

Pieces of metals that range from a latch from a pier he found on the waterfront to melted pieces of an aluminum pan, branches, sticks and a root system “I found while digging around in my garden.”

The materials are “polyurethaned” which prevents deterioration but gives a unifying sheen to the work, which sprawls from one corner of his (very groovy) apartment through another room, across the wall, to a corner window.

He added other touches such as metal flamingos, tiny elephants, what looks like a chalice, drawings. Just as you think it’s an abstract sculpture assembled with found pieces, you then notice that a table top one is nearly a miniature, an abstraction of a primitive village, early sings of civilization. “Another source of life,” said Marco, referencing early society aspects of this section of the project.

But depicting, even abstractly, early civilization with a mix of materials makes one wonder, at what point along the alchemical evolution of life dies human consciousness emerge? It’s wrong expect an answer to these questions from this work; it’s enough that it poses these questions. It's fun just to ponder them through art. 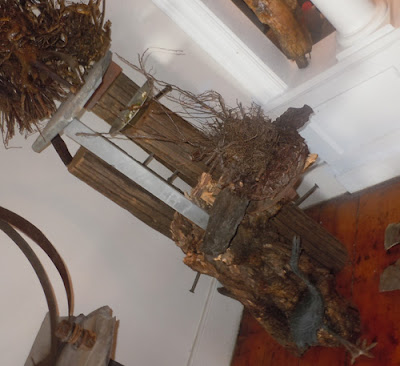 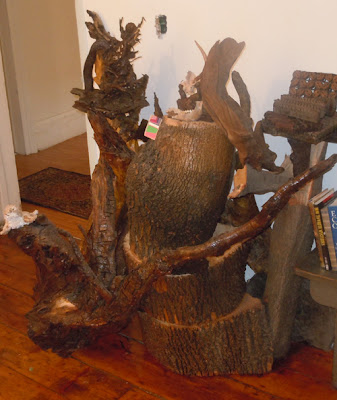 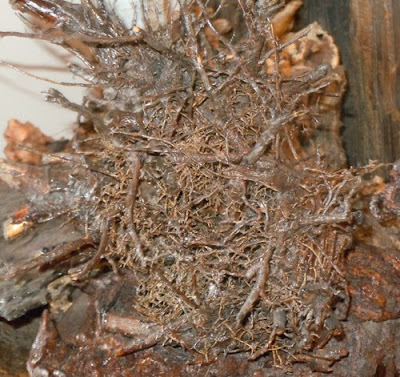 His bookshelves were aligned with an impressive range of philosophy and mysticism, Joseph Campbell, Bertrand Russell, the Kabballah... the Golden Bough (I’ve always wanted to read that one). He’s has lots of books. Much thought has gone into this project. The Source of Life materials look like they do in nature while also looking like something artificial and man made.

The Source of Life seemed like a molecular statement about that mystical space where substance and spirit overlap. It is a provocative work, especially for those inclined towards mystical thought. “All mystical states start with the body,” he said.

The physical and the spiritual may be separate, but in order to be separate, at some point by definition must be one. All elements began as one, say some Cabbalists.

As I looked at the work spreading like preternatural ivy, I thought that maybe this shows that moment where things begin to separate and stop being one yet before those things are fully distinct and self-defined.

Which makes one wonder if it is indeed abstract at all, or maybe it is entirely abstract, even with the placement of metal flamingos along what looks like a jetty. That’s not stone or a fossil, it’s polyurethaned wood. It’s the type of 3-D, found-art sculpture whose details captivate and it is fun to be lost its labyrinth of inquiry.

Also, he served pastry, and I just have to mention, best damn cream puffs, ever! 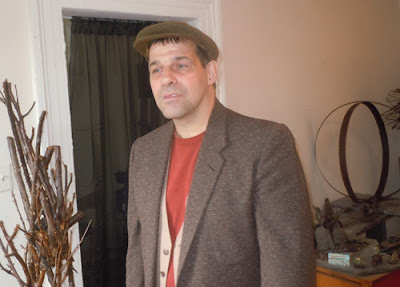 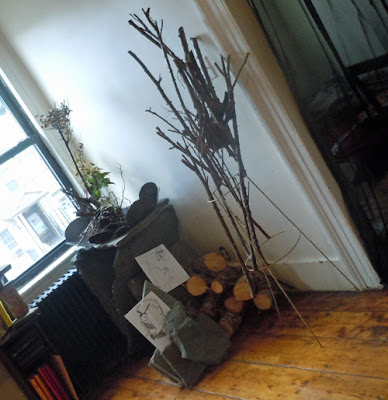 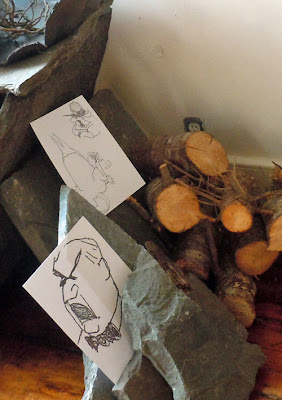 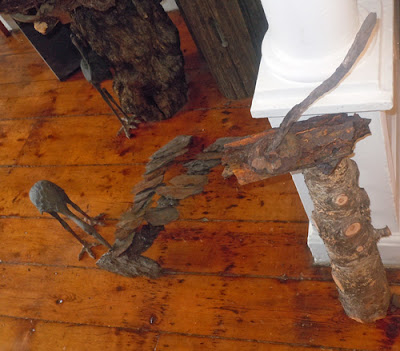