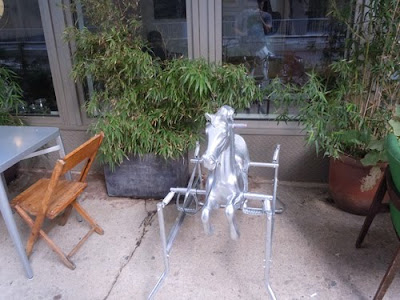 The Silver Rocking Horse – Silver is not its natural color – was first seen on the veranda of the Warehouse, a local, independently owned coffee shop known for its lively staff and their ability to brew an exceptional Chai Tea Soy latté. 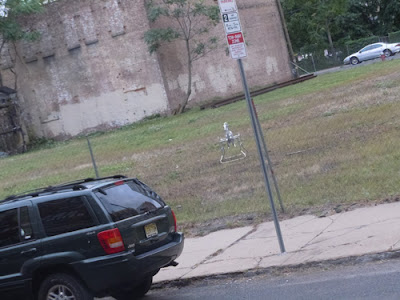 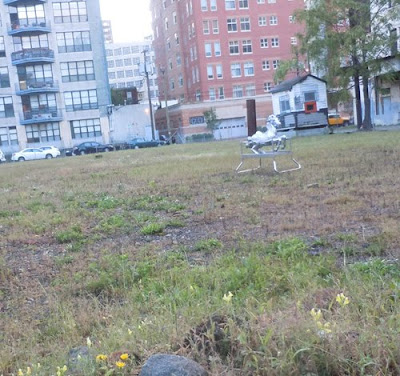 During the J.C. Studio Tour, the horse was moved to the empty lot, looks a little surreal and lonely but in fact, it was a protest. This lot reportedly has been sold to a developer and a 40 story building is planned. I have no way of checking this fact. Actually, there are plenty of ways but I don’t have time to check this fact. The protest, though subtle, argues that the neighborhood should retain its industrial city look and not have structures that clash with that aesthetic. I wish of course they would bring back the freight trains, have the warehouses and factories start producing again, but shoot, where would they put the café if that came to pass? 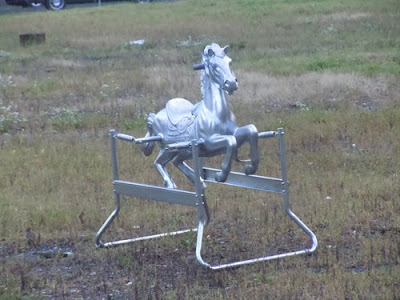 Also during the tour, this colorful, graffiti-inspired mural was erected on the fence around the grassy field. Taking back the neighborhood, echoes the intention of the silver rocking horse protest. 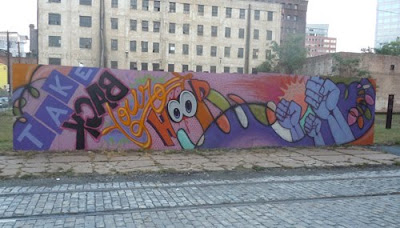 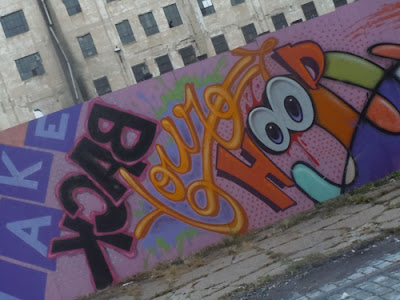