No one can know everything about Jersey City. Vastness is not to blame, but disparity – the number of segments swirl around, co-exist but few have connections so except for an indeterminate isthmus of geography, nothing links the fragments into a cohesive whole. I never knew this existed, this veterans war memorial adjacent to Pershing Field park. A garden of memories honoring Jersey City guys who died in World War I, Korea and Vietnam. For that last one, I saw two, one resembling the black marble Washington D. C. icon and one for the “Hidden Casualties” of the Vietnam War, one assumes those J.C. boys who came home with psychic wounds to a population, government and veterans administration, all three of which were at worst scornful and at best indifferent to their needs and the all too toxic repercussions of their service to country. 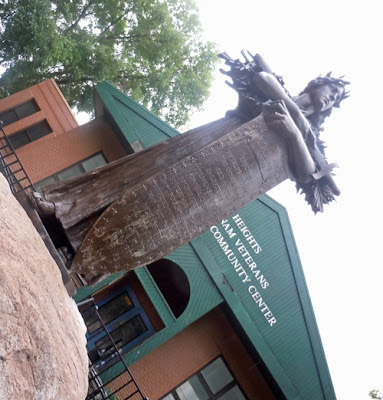 WWI, Korea and Vietnam... an interesting choice of American conflicts to collect for a tribute.

All wars could be avoided, that’s the fact, that’s how history would have unfolded if you or I ran the world at any given time.

Given that, The Revolutionary War, the Civil War and World War II – I am not saying these are good wars, no wars are good – but those conflicts, given the situations at the time, war does appear to be an inevitability, the only possible means to a resolving this clash of issues. A free nation, an end to slavery and secession, ridding the world of German and Japanese fascism. Sure. Resolving those conflicts before 1776, 1861 and 1941 (or 39), would require at least different policies decades, even a century before each of those catalytic dates. Unlike the three at Pershing. 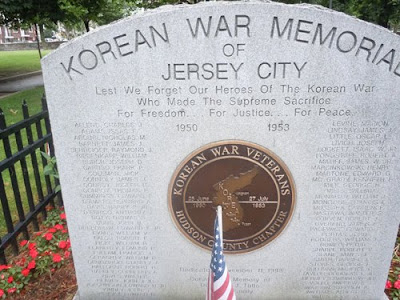 World War I happened because of a series of treaties between monarchs and after the War, what changed in Europe except the victors fomenting a toxic atmosphere that bred Fascism. Korea and Vietnam, both of which ended in stalemates, were cold war battle grounds the justifiable but misguided intention of fighting communism led to U.S. involvement; it’s pretty hard to see how the world could have been different or better if our nation did not send troops. Granted, that’s speaking as an American not as a citizen of North Korea or South Vietnam.

Futile may not be precise, but it is pretty close, in describing these three wars. Preventable at least can be agreed upon.

It’s always the old who lead us to the war, always the young to fall sang Phil Ochs and I might augment that with rich for the former and the poor or working class for the latter. True as far as it goes. Patriotism, honor, duty – some of humanity’s highest ideals – sincerely motivate someone to risk his life. That’s what angered me in this placid enclave up there by Pershing (named after the famous World War I general) Field in the Heights. Politicians – on both sides – used those genuine ideals of these young men like the greedy con-artists they are. The memorial honors those who died for these ideals; it honors those ideals. But the memorial also reminded me do not be blinded by those ideals when political leaders issue the call to War, and to hold those individuals accountable for the outcomes of the war. 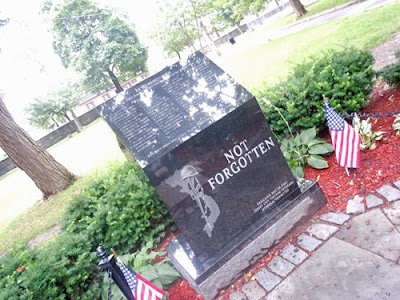 Let these markers encourage skepticism and demand accountability when we hear politicians call us to war. Let them remind us to increased scrutiny and debate not just at the moment of deciding to go once more to the breach, but in advance so conflict can be avoided. the reasons for war rectified.

I am not a pacifist, although the allure of that stance increases as I live longer and see more history unfold with the same tragic result. 4,000 dead American soldiers in the Iraq War, and that piece of utter shit Powell, willingly being a servile pawn and lying to the world when he stood in front of the UN and declared Iraq had weapons of mass destruction and ties to Bin Laden. The greed of oil companies, Halliburton and the Saudi Royal family was barely concealed. Parallels to WWI, Korea and the Nam abound.

50,000 soldiers still in Iraq. When was the last time you heard a news story about Iraq? Was it good news? The J.C. names at the Pershing Field memorial shouldn’t be on tombstones, they should belong to men alive playing with their children in the park below. 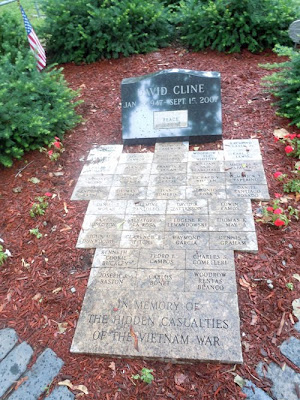 How best to honor our fallen soldiers and bind our nation’s wounds? I can say demand more from our leaders or some other reminder of my anti-authoritarian sentiments, but I hate to simplify. The loss among families and friends represented with each name in this garden was and is real. You can never know everything about Jersey City, and combining these three wars in this memorial does more than just bring attention to these conflicts, it reveals disturbing historical patterns.
Posted by Mr. Tim Hrk at 6:02 AM