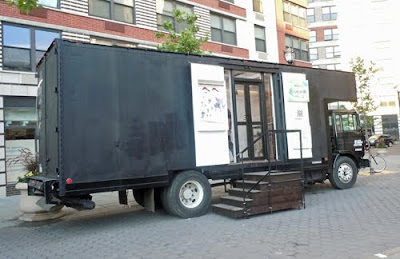 A mobile gallery. An idea whose time has come, as long as gas prices don’t increase as fast as NYC rents. 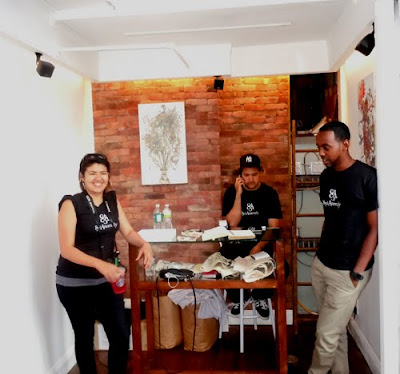 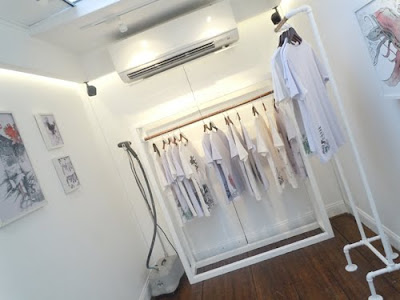 Or, is the anomaly the show or the vehicle?

If you’re dealing with convoluted and anomalous nomenclature such confusion should be expected. Either way, this concept was clever and cool.

A 1990 Mack Truck tricked out to resemble a Soho art gallery, complete with exposed brick and piping. The cool part was the air conditioner – the temperature and the space brought to mind meat locker. The gallery literally was parked at the Creative Grove.


The work on exhibited last Friday's edition of Creative Grove was by Mr. John Wright 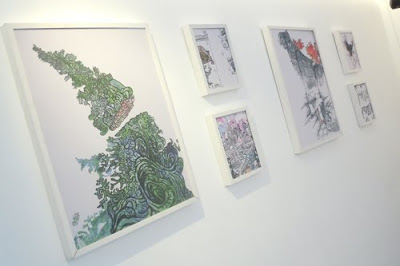 According to the Convoluted Concept website, some of the convulsions mix art and fashion, so John’s prints were available as wall hangings and T-shirts. 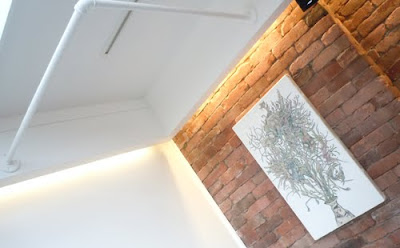 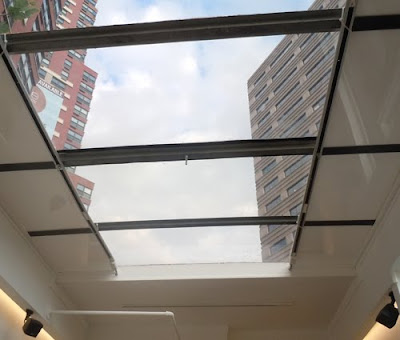 We park at events like this, I was told. We also just drive around and will park, if we find a space. They’re based out of Brooklyn.

This was their first drive-by – or is that park at – show on the Jersey Side.

There’s something so wonderfully wise ass about it, reproducing a gallery in the back of the truck. The high snob factor of downtown art gallery hipness is instantly deflated. Want a good deal on some art that fell off the truck? Plus, a fake pipe, skylight in the ceiling, exposed brick wall in a truck that much dedication to realizing an idea borders on the manic, which I of course applaud.

Hard to be an art poser in a truck, all I’m saying. 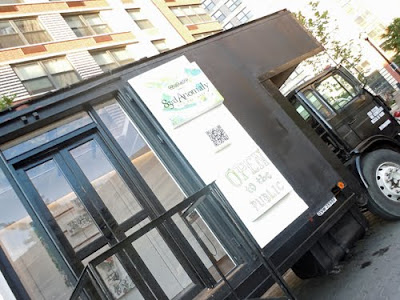