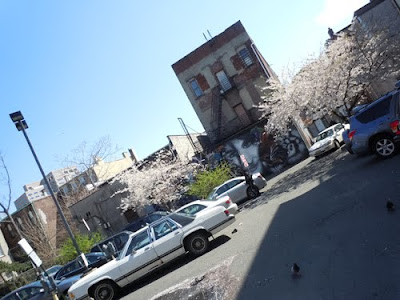 When asked when the Tigers will be finished, “If not this weekend, probably next,” said Dylan Evans, whose company is Mad Mad Media and who is also called Project Curator - Jersey City Mural Arts Project.His blog is here: jerseycitypop.blogspot.com

Readers may remember last month’s blog about this emerging mural, a project Dylan coordinated, at 172 Newark Avenue. The owner of the building, which also houses Palace Drugs & Liquors, is one of most artist friendly in town. Spaces above the retail are being rented out as work/studio spaces for local artists and even artisans.

Readers may remember this blog when the Tiger mural was emerging, being painted by EyeSor & Pawn -- Pawn (website: pawnmd.com) and Eyesor (website: eyesor.com). For some reason I thought they were c0-painting this mural but the fact is they are both working on separate but adjoining murals. Pawn’s mural features a green-eyed visage, whom he said he was his girlfriend, in between two tiger heads in apparent mid-roar. I liked how the oval green eyes balanced the orange feline eyes. EyeSor was a little more behind. He was working from both a photograph and tiger images from a Chinese painter. People stopped to watch, gawk. They were working entirely with spray cans.

"The best part is hearing people walk by, say how they like it,” said Dylan. “On the street here, we get a lot of community support.” 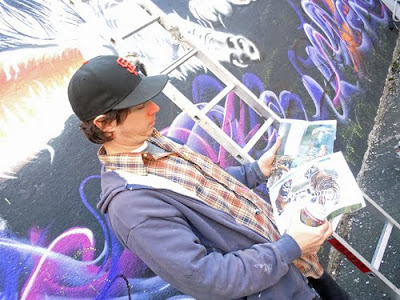 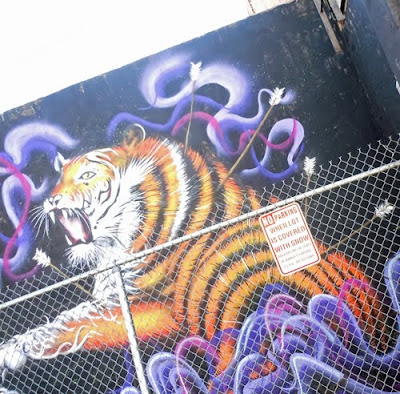 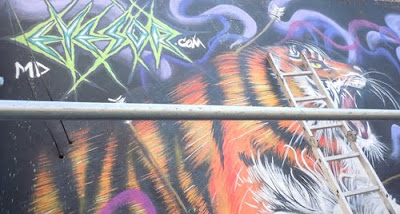 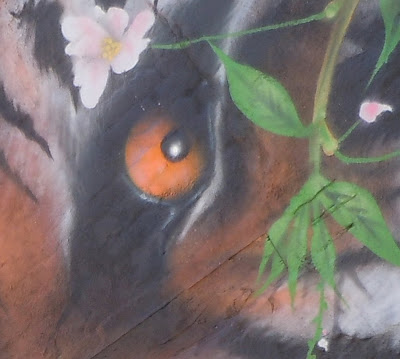 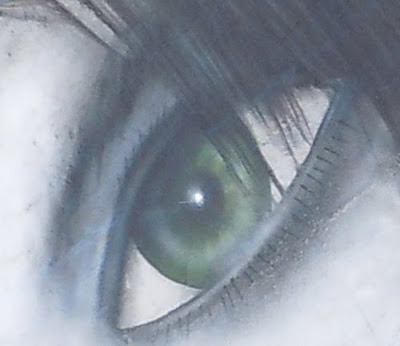 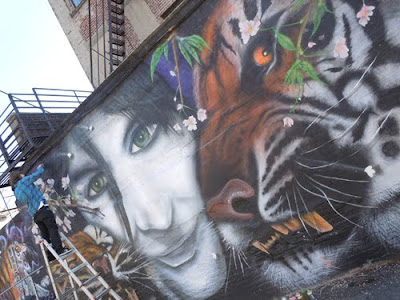