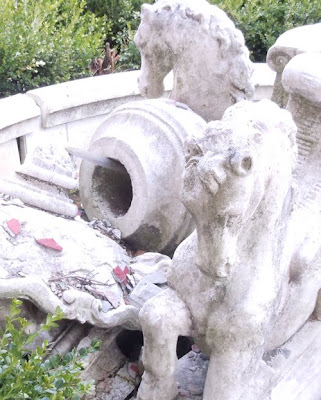 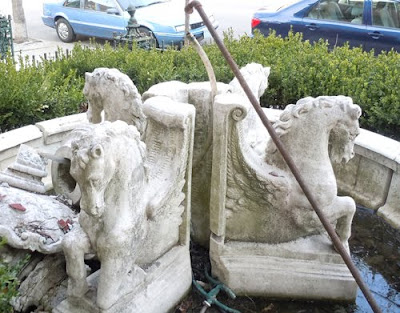 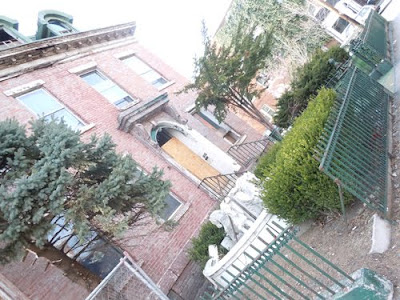 I remember posting something about this building, a former funeral parlor last year, the rehabilitation is now underway but not that far, interior gutting, some façade work. I don’t think I ever saw this fountain working, I do remember a wake there, I didn’t attend I was just walking by and folks were congregating on the sidewalk, smoking, small talk. I don’t remember many of them and this is a pretty common thoroughfare and I do remember it being closed for a long time, some summers the brush and weeds so high you couldn’t even see the horses. This time I there was an opening in the tiny fence so I was able to get a closer look at the decay. Rot is often more interesting to me than rehabilitation or is that restoration. 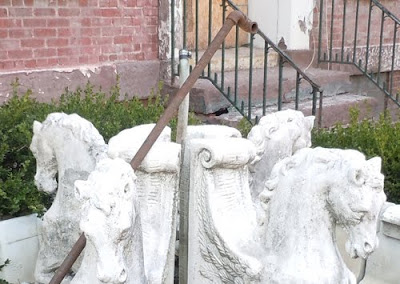 In spite of the thickness, the basin of the fountain is cracked. More than 10 years since water last flowed here I reckon, by the looks of things. In its day, this was probably some fountain. I wonder of its fate. The pipes and such, maybe somebody was trying to figure out functionality restoration. Maybe that is still in progress. The broken rim and other disrepair, getting this thing to spout again is probably a long shot. If not, what happens to the horses? Why horses at a funeral parlor. The only reference to four horses I can think of is the apocalypse, the Book of Revelation, and those were horsemen, not just ponies. Is this an echo of the belief that at the end of the world and time when Heaven descends our souls will be united with bodies? I suppose that might be a sentiment a funeral parlor might convey. Or maybe they’re tribute to horse drawn hearses. It’s sort of an odd choice. These silent stone steeds continue to withhold their meaning. Water flowing through them provided comfort to the mourners I imagine, at least I prefer to. 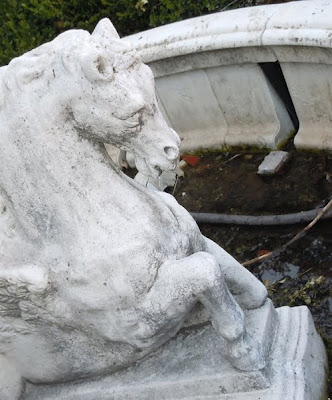 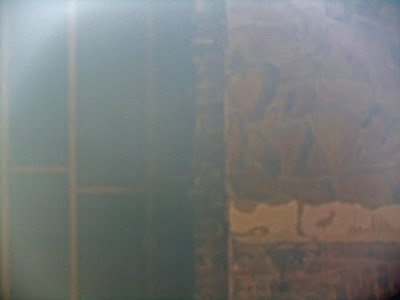 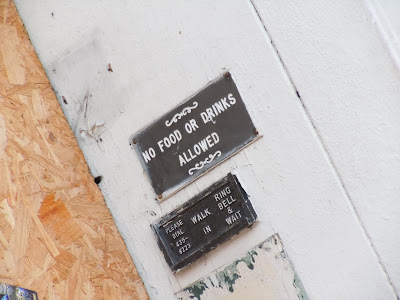 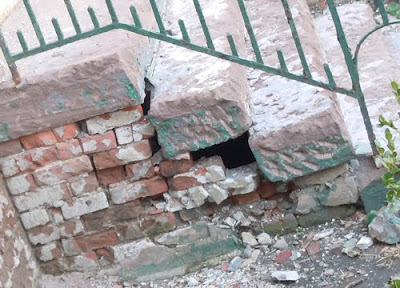 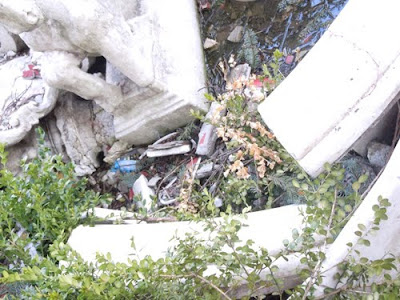