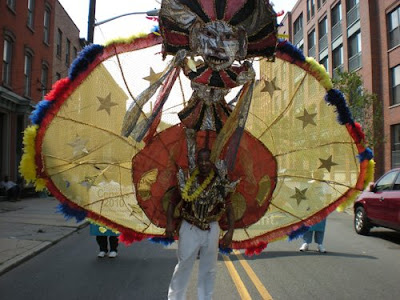 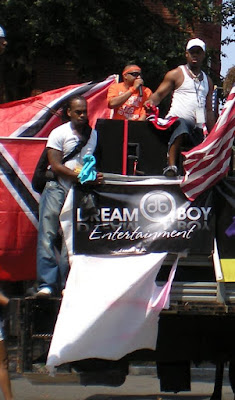 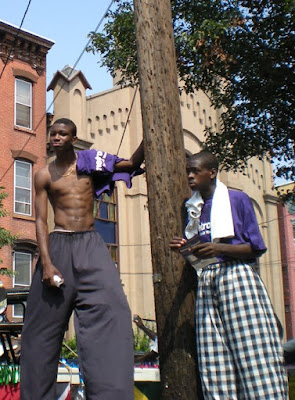 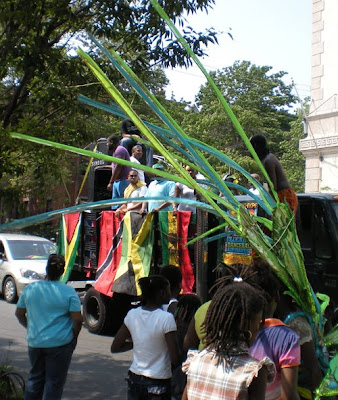 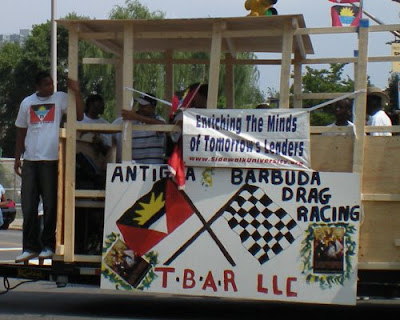 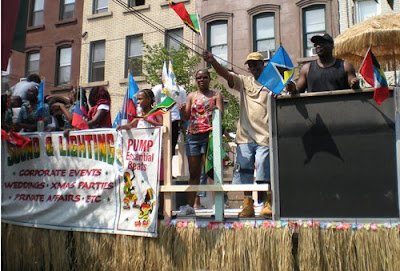 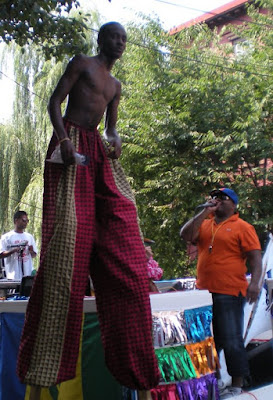 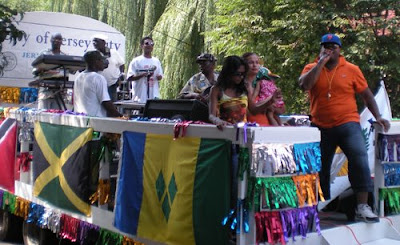 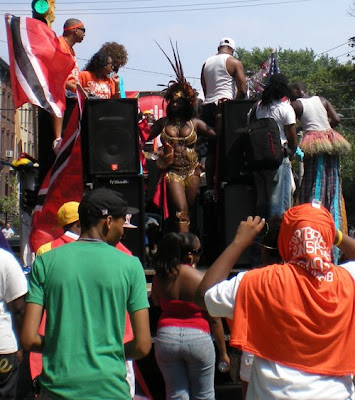 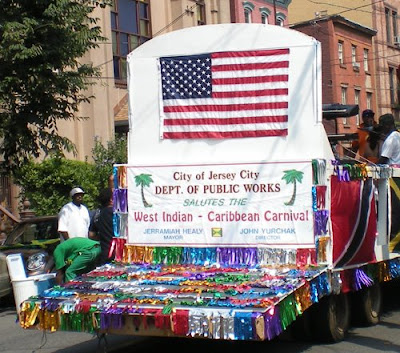 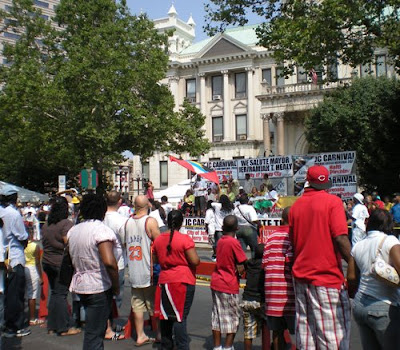 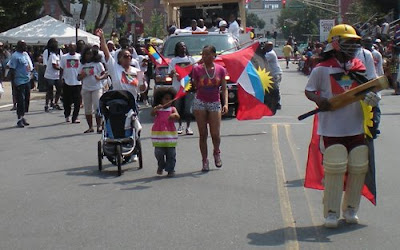 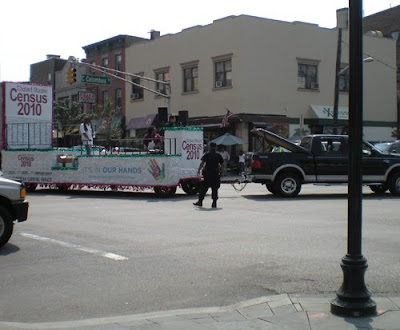 Loudest parade ever! You could hear the blaring two blocks away and by the time you were on the sidewalk watching the parade you had to scream into someone’s ear if you wanted what you had to say to be heard.

Parade is not an adequate description of the West Indian/Caribbean Parade & Carnival that took place on Saturday. There was no marching, just revelry. Stilt walkers, mummers (that’s how they were dressed)… flamboyance exploding, everyone dancing—at least swaying and generally grooving—in amorphous swirls around each truck-bed float. The sun glared down, the weather was tropical. The dance music from each truck blended together—ska, dub, reggae sounds. Island House I guess. The volume was deafening. Men and women on the trucks shimmying and shaking and the DJ flowing patios exhortations—in between garbled rhymes, exclaiming: Jersey City! Jersey City!

Bystanders were amazed, dumfounded, involuntarily moving with the music. I felt like I was tripping.

Flags were waved and worn as apparel—Barbados, Jamaica, Antigua, Trinidad, Bahamas—our Hemisphere’s archipelago of island nations and vibrant cultures. The flotilla of floats and revelers inched down Montgomery, bore left on Grove. At City Hall, they passed viewing stands. Bleachers were set up on both sides of the street. An M.C. announced each contingent. His amplified announcement was barely distinguishable from the music from the floats and the cheers from the crowds. You could only hear a single continuous burst of celebration consisting of a shrill multitude of sounds.

The parade started at Lincoln Park, and after passing City Hall, it dispersed into the regular traffic of Christopher Columbus. There was supposed to be a day long festival, with food, entertainment and other activities at Exchange Place, the original end-point of the parade. There was a problem with the permit. Apparently, festival permits cost about $10,000—coincidently, the approximate price of a bribe to a Jersey City official, as indicated from reportage on the scores of arrests during this week’s Hudson County-wide political corruption sting. The organizers of the West Indian/Caribbean Parade & Carnival were slow in paying last year’s bill. Then, their check bounced. Earlier this year, city government passed a new ordinance: money up front. Another snafu of some sort arose. The festival component was cancelled. Still, Montgomery Street was treated to a hot afternoon of high energy Caribbean Spectacle. We had Carnival!
Posted by Mr. Tim Hrk at 6:28 AM