Artists Showing at Fish with Braids 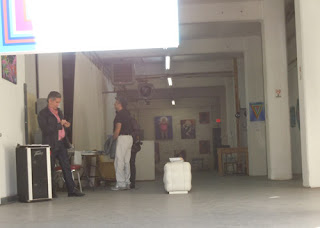 Few art galleries are as emblematic of the Downtown Jersey City vibe and art scene as the Fish With Braids Gallery.
In July, Gallery founder and curator, Uta Brauser, enlarged and evolved Fish With Braids into an expansive former warehouse space, the opening event dislocated here.
With so large a space to realize her whims, ideas and gallery ambitions, Uta showcased multiple artists or the Jersey City Artist Studio Tour. A group show only due to circumstance – they were all in one space – the artists were able have a distinct show within the group umbrella that featured a specific though ample selection. 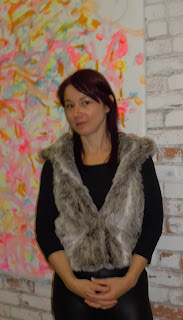 Olivia Wilber described her paintings at Fish With Braids as video paintings – which are also performance pieces but I wasn’t able to attend the one planned later that evening – in fact, this was one of the first exhibitions of the outcomes of those performance paintings. She projects video on the canvas and then paints the video – tracing meets inspiration – she paints the movement of the image, not – or not just – the projection. Credible abstract art results – as does a kinetic energy and a frantic suggestion of movement. 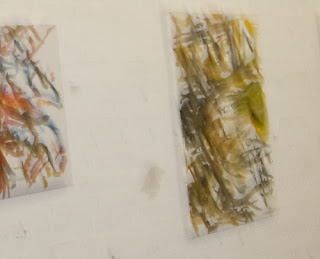 Binary Dreams is a collaboration between Vincent Zambrano and Kaliptus. You need a smart phone to view this melding of and technology. The pictures are of actual code and if you scan the pictures, the corresponding video appears on your smart phone. 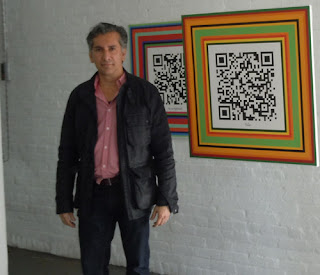 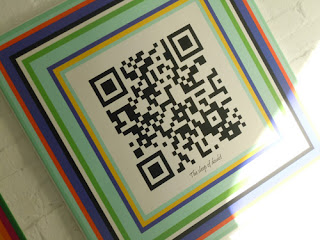 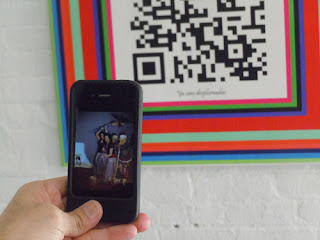 It was pretty cool and a very clever and 21st century idea. I have an old fashioned cellphone and cannot scan so Vincent demonstrated. Try it at home. 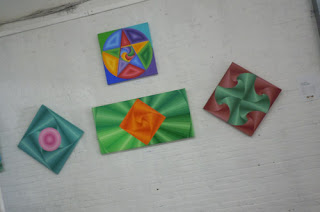 Is the title of this collection a contradiction or is the essence of geometry actually abstraction? Peter Bill is a well known, long time veteran of the Jersey City Art Scene. The interaction between subtle shades of bright color and the precision of the geometric patterns created an interesting shimmer effect to the work.

According to his website: “Since I first began painting in the 1970s, my work has explored the relationship between color, geometry, and the flatness of the picture plane.” 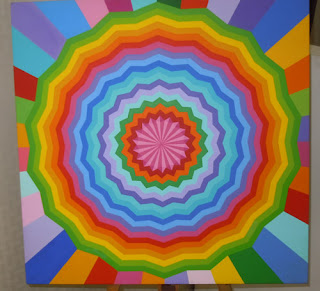 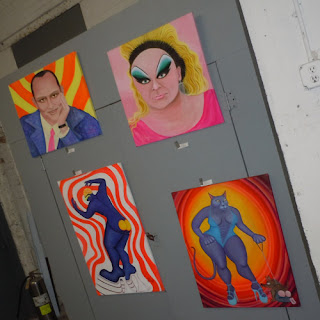 Divine lives. As does John Waters and Fritz the Cat and the cult that followed Pink Flamingos. Night Crawlers by Stephanie Riggi recreates, in a vibrancy so bright you almost have to squint, the Post-Warhol underground icons of the 70s in a reimagined, though still tawdry, glory. The paintings capture a counter-intuitive notion: the humanity of these familiar, once notorious images from a bygone era is weirdly enhanced by the retina-singeing palette.
Stephanie Riggi Website 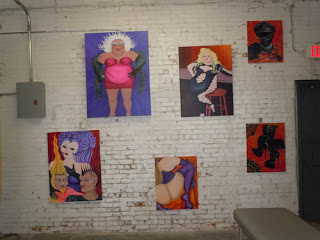 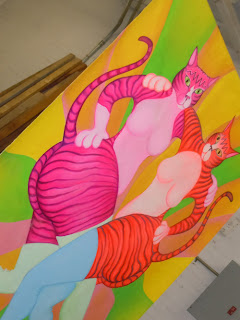