Ken Bastard, now in youthful middle-age but still fair-haired, was a punk rock artist when being a punk rock artist was new and original. He has kept the dream alive by continuing to produce striking, relevant and compelling paintings. I’ve talked with him a few times, mainly at some bars we sometimes frequent. We shoot the breeze when we bump into each other walking around the neighborhood. One of the first blogs I wrote on J.C. Art was about a project Ken was working on a few months back. He’s an interesting guy, a gentlemen and the nicest “Bastard” I’ve ever met. 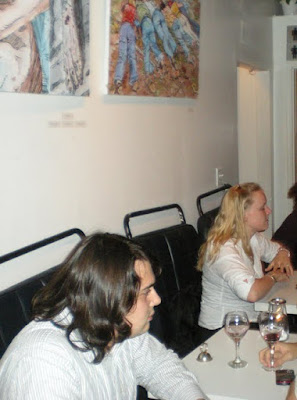 The Jersey City Art Community—dozens of folks— turned out for the opening reception/party of “The Machine,” new paintings by Ken Bastard at LITM, Newark Avenue’s best art gallery bar & bistro (at least on the Northside). The postcard announcing the solo show—it runs through November 29th—claims Ken is the LITM “Artist in Residence.” The bar was packed, two, three people deep, manyof the tables were filled. I suspect the turn-out indicated the high degree of regard Ken is held in by his colleagues, fellow artists and kindred spirits. Or maybe they were emailed the same invitation I received: “Be there or die.” 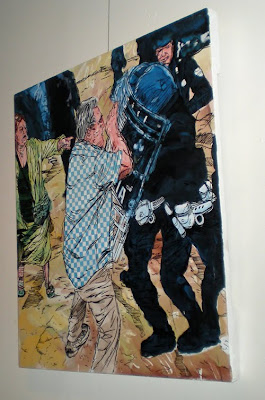 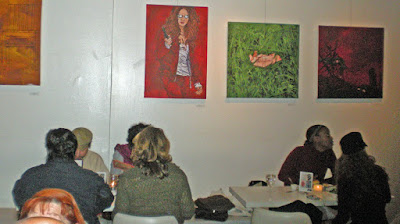 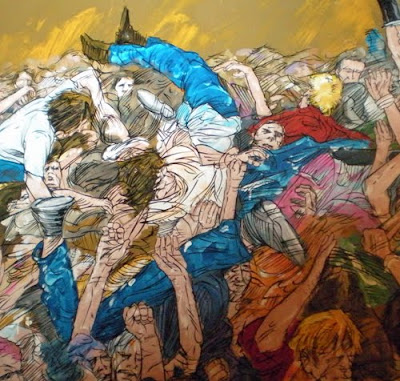 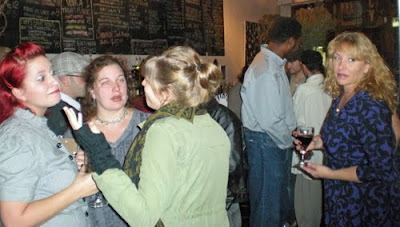 Judging by the attendance, the opening of The Machine is arguably the most important post-Artist Studio Tour event of the fall in Jersey City. Ken was drinking non-alcoholic beer and wearing a Ramone-style Biker Jacket. I asked him, “What are the paintings about?”

“The usual,” he said, his eyes mischievously twinkling, “death, misery and despair.”

In authentic punk rock fashion, he was kidding and being honest at the same time. Some of the images were violent, like an old man confronting a cop in riot gear, or face down bodies from Jonestown. But the other images I saw were of a body surfing at a mosh-pit, or my favorite, a hand reaching out of field of tall grass. They were intelligent and funny—the humor might have been dark, but there was more humor than darkness. The depictions were expertly drawn, the color schemes dynamic without being glaringly shocking. I found the art refreshingly flippant. Rock & Roll, pop culture, comic books, you could see a lot of these influences. A unique mind-set is palpable, many aspects of which you can identify with—even though that identification may surprise you.


The work, according to Ken, was done in a burst of a few months—approximately 100 pieces comprise The Machine—inspired by various ideas, things seen on television, or flipping through magazines or remembered. “I’m really just an illustrator, I just make paintings out of the illustrations. It’s the same thing I’ve been doing since I was a teenager.” 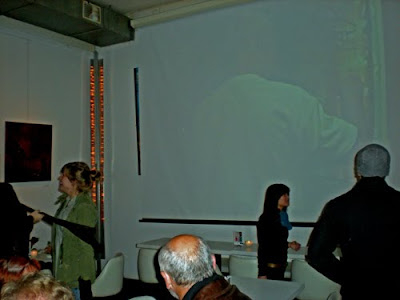 Critics and artists love to banter and bicker about terminology, like differences between illustration and painting. I don’t quite see the purpose in making these distinctions. Ken’s work though does not stand still. You feel activity and movement in the image painted, like the best Comic Books, oh, I’m sorry, I mean Graphic Novels. They may look like snap shots, a frozen moment, but they feel energetic, they seem to include the moments before and after the specific moment depicted on the canvas. They contain a vibrant complexity. 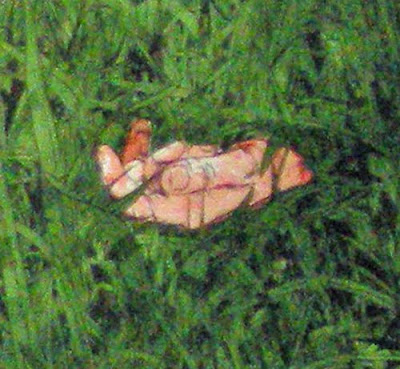 The hand in the grass picture, I looked at it for a while, and he not only captured a surreal image—the juxtaposition of the hand and the long blades of green—but you can also feel the breeze in the grass. Whose hand is it, why is it in the field, what is the hand reaching for?Is it a severed hand? Like many of the paintings in the show, this one seems to entrap the viewer into its own individualized narrative. 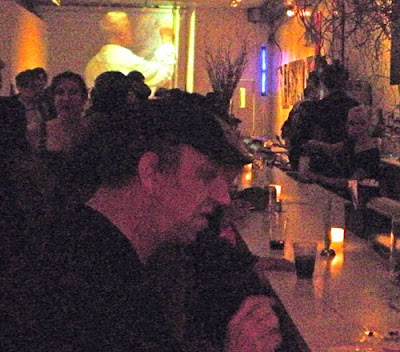 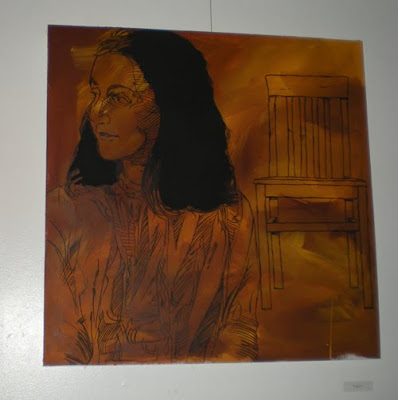 I’ve been having some personal health issues and I cannot drink for a while, so I couldn’t really hang out at the opening very long. It had been a long day at the day job. I wasn’t able to spend much time socializing. I’m sorry about that. During the reception party, a video of Ken painting was projected on screen covering the back wall. Behind the screen were a series of smaller paintings that would be unveiled later in the evening. Ken told me there was going to be another video shown later in the evening. I missed these things. 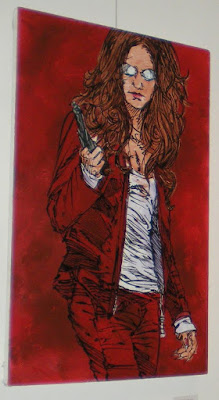 It was fun to see the art crowd. I know some of them slightly, and have even blogged about a coupla three as well. I never saw them all in the same place before. Familiar faces, friendly neighbors, showing solidarity and support. Ken told me a few months ago that he was working on something big. I guess he was assembling The Machine. Punk Rock was about celebrating even when there was nothing to celebrate. That wild, brash and witty aesthetic is on display at LITM. We haven’t seen that sensibility for a while. It may no longer be revolutionary, but Ken has made it new and fresh once again. 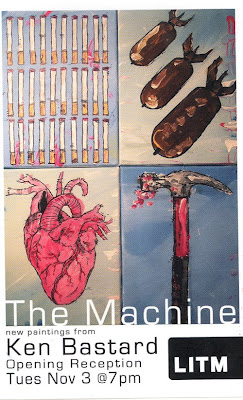