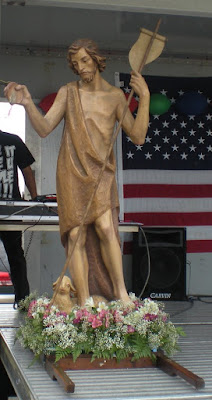 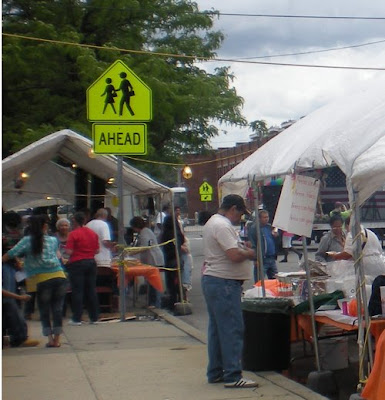 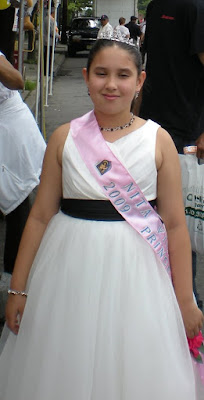 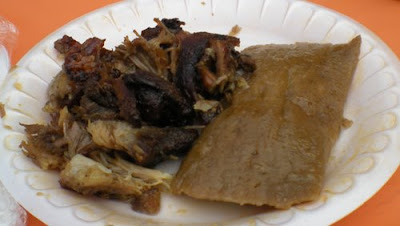 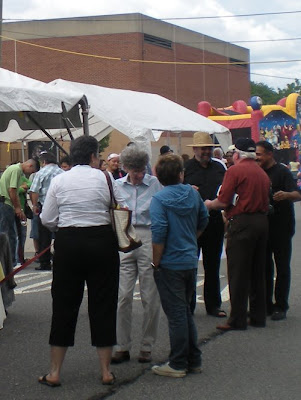 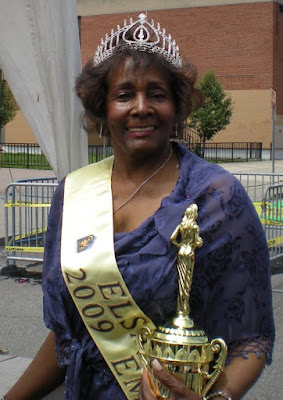 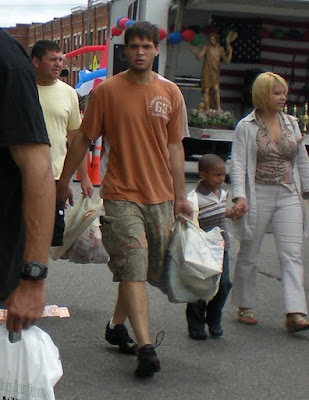 The first official day of summer, though windy, cloudy and a little cool, was issued in by the annual St. John the Baptist Festival, held on Brunswick & Montgomery. The event is produced by the Parish of the Resurrection, which is a conglomeration of sorts of five individual churches in Downtown. Jersey City street fairs tend to be very local, there aren’t hordes of tourists or folks from outside the neighborhood, just familiar faces. The festival is a fund raiser for the parish, but also a party for the neighborhood and a kind of end of year celebration for the Resurrection School, which is not just one of the few schools with a tag line but a school with a great tag line: “A Peaceable School.”

Even for Jersey City, the St. John the Baptist Festival is pretty low key. The food is all homemade by parishioners. This street fair has a more “Latin” flavor theme than some of the others that take place in the Jersey City summer, but like the Parish, like the neighborhood, a smorgasbord of ethnicities are represented. But America—and more importantly, Jersey City—really does make us one. So does a pleasant Sunday afternoon and a multi-generational gathering.

A beauty pageant is associated with the Festival. I couldn’t quite get a complete story on the pageant, but there was a Coronation Ball and one assumes a Coronation that preceded the festival. The pageant winners served as the festival's own sextet of royalty - Princesa, Reina, and Emperatriz - two women held each title. Six royal women (from three distinct generations) acted as festival sovereigns (ruling with mercy, kindness & good cheer). They all looked lovely. They wore tiaras and flowing gowns and they were given trophies, which resembled scepters when they walked through the crowd. The royal matriarchs certainly stood out, since everyone else was in casual clothes—and clothes don’t get anymore casual than they do at a Jersey City street fair. The priests in their collars, the royalty dressed in regal garb, and the happy peasants in their rags. Us peasants ate the peasant food, displayed deference to royalty, gave tribute to a famous Saint, and talked with the local clergy. Ye ole Jersey City!

I did have my first pastelles, which is sort of a Puerto Rico version of a dumpling, except the pastry part is made with banana leaves. They are gelatinous, rectangular and flat. I work with a Hispanic woman and when I told her what was going on this weekend she said, oh I bet they are going to have great pastelles. She won that bet. I had two!
Posted by Mr. Tim Hrk at 2:46 PM