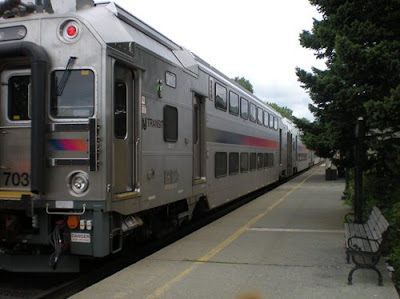 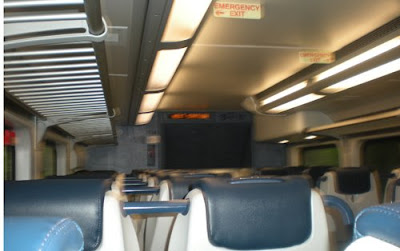 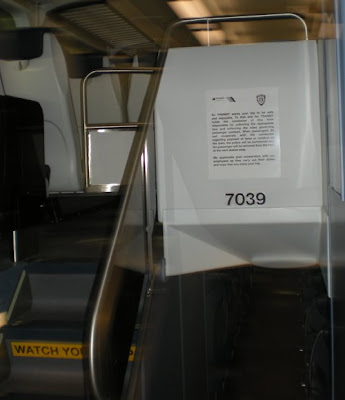 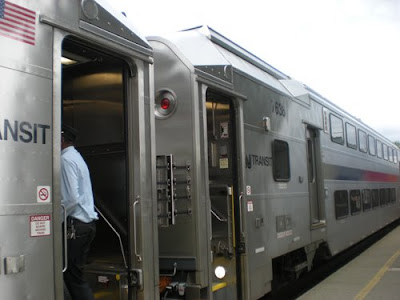 I had my first Double Decker New Jersey Transit Train ride. I was on the Bergen Mainline. “They just started running them on this line, they’re running all the time on Dover,” the conductor told me.

The bi-level (that’s the more formal name) cars increase passenger capacity by about 20 percent. The seats are larger and more comfortable. They are also two by two, not two on one side and three on the other. Commuters hate that middle seat. I sat on the top level and enjoyed the slightly different view of the vastness of the meadowland swamps.
New Jersey Transit is considered the largest statewide transit agency, but only the third-busiest commuter rail line by rider-ship—second to the Long Island Rail Road and the Metro-North Railroad. According to reports, at a cost of $446,9 million, 234 of the cars have been ordered. About 30 cars are running currently; 10 per month are being added.
They have a light-rail feel to them, and they had that new passenger rail car smell. “People like them, they’re new, people like new,” said the conductor.
During the journey though, the trains did shake somewhat disconcertingly a few times. “They have some wobble to them,” said the conductor, a rail veteran. “I have to remind people to be careful, they stand on the stairs waiting to get out and the trains wobble. They always get up before the train has stopped. I told one guy to get out of the stairwell and he yelled at me, don’t micro-manage me. Can you believe that? Micro-manage, I’m trying to prevent you from breaking your neck!”
Posted by Mr. Tim Hrk at 6:12 AM