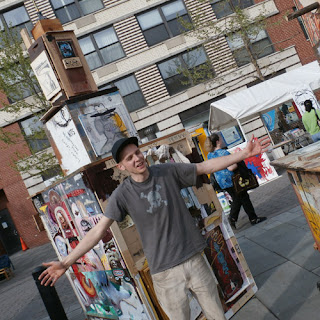 The parts are equal to the sum of the whole... or is that the other way around. Robert Bohn works in collage and found art, and he’s assembled an accumulated collection of work that is both self-contained gallery and installation. Some of the pieces started on wood, others as something else than attached to the wood, which are panels (plywood) I think, the panels assembled into boxes, segmented into the three sizes, then stacked upon one another to form towers, two, two towers of art, haphazard amalgamations of objects, graffiti, and illustrations. 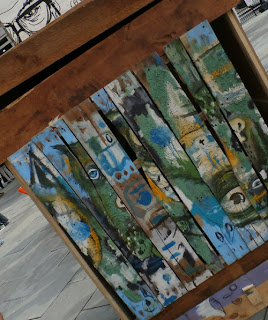 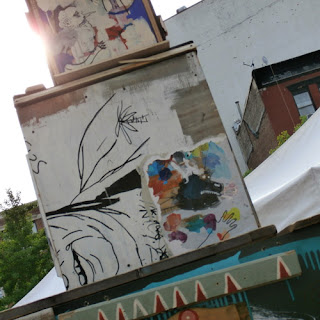 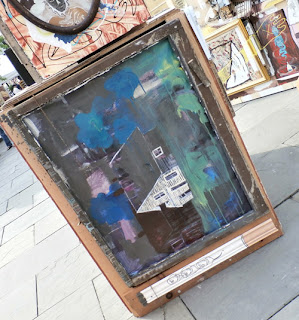 The towers acted like lint brushes in Bohn’s studio, accumulating completed projects – the oldest piece dates from 2007 . According to Bohn, the boxes helped organized the workspace. Geometry can be efficient, but that efficiency was not just organizational. Soon boxes were not way to remove clutter; they became art in and of themselves. Bohn started adding art – drawings and doodles, graffiti scrawls, spills and splotches of color – as well as things – a rake, magazine pictures, a friend’s shirt, a discarded chair and a plumber’s helper topping off the tower as a spire. “When I formed the boxes, they became easier to work on, I could go from panel to panel,” he said

The illustrations and various what not acted as connective tissue between the various pieces. Back to the pieces and the whole. By highlighting the similarities – the thematic links – between disparate pieces, the connective tissue became a distinct organism. It’s Alive! The boxes became their own art, without delegitimizing the individual pieces, and then the boxes became towers… and the towers came to Creative Grove as interactive sculpture.

I kept thinking of abandoning adolescent. Aside from the fact blocks making up the towers recall building blocks that children play with, there are lot of spooky images, disembodied and grotesque, forlorn houses. Intensely obscure autobiography is also present – an abstract painting on a pillow case that Bohn said was the one from his teenage bed – that I got an end to childhood vibe, a farewell to a phase of the artist’s life. There’s a lot on anxiety in the individual pieces, moody colors, a reality that twists and unnerves. Fear and apprehension is often suggested. We recognize the rake that is no longer the rake and we wonder why. 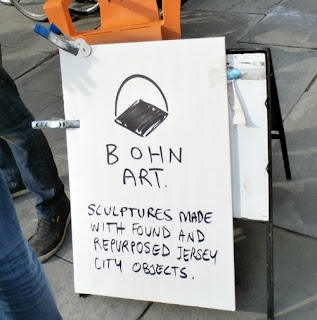 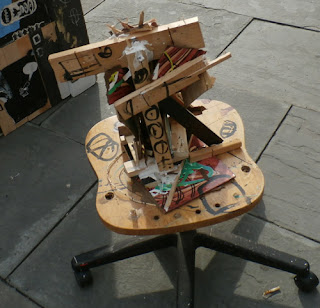 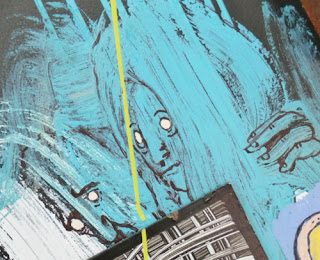 And yet, the entire piece, the towers, viewed as a whole, is fun. As a whole, what might have seemed unnerving may still be uncanny, but they no longer disturb. Horror show becomes fun house. The juxtapositions, the connections, intentional and unintentional, amuse, make you smile. 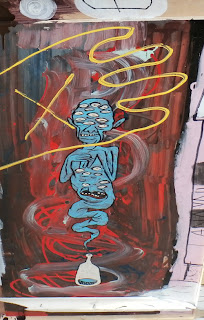 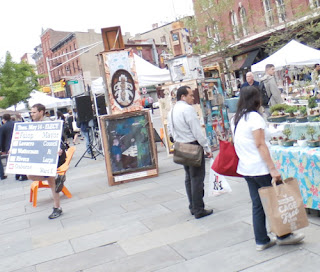 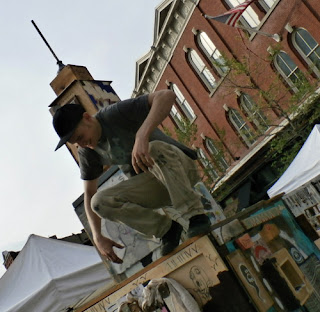 The odd wooden structures – they were hooked to sandbags so they remained impervious to wind –made this edition of Creative Grove distinct. The Bohn Art was the tallest structure at the plaza, higher than then the vendor tables, ending above even the tops of the canopies. Many of the people, going to and fro the PATH, passed the towers by. A lot paused though, lingered, mildly gawked, at the weird dichotomy between the part and the whole, the component and the cumulative. By collecting his work in this manner, the artist created a dialog with his own past. A farewell perhaps to a period of work, but the farewell had become as much of a distinct work as the work presented. 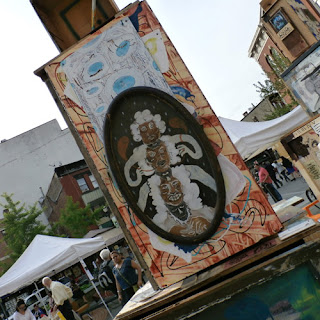 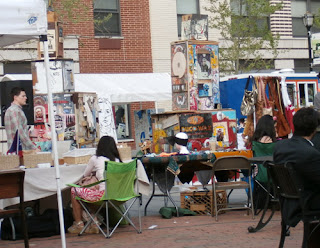 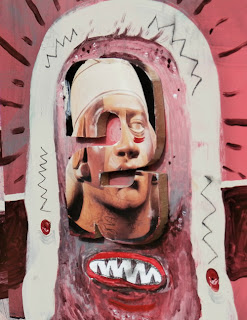 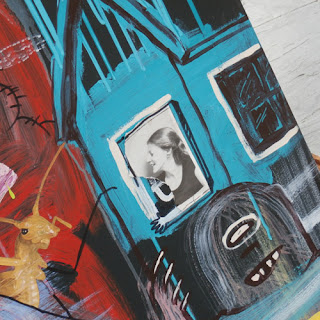 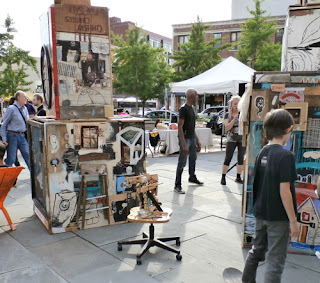 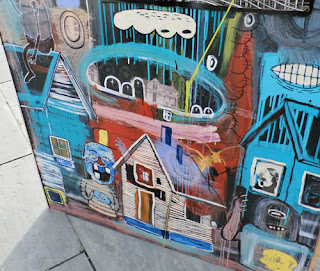 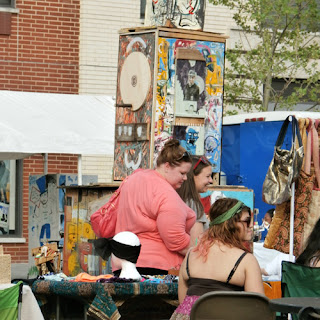 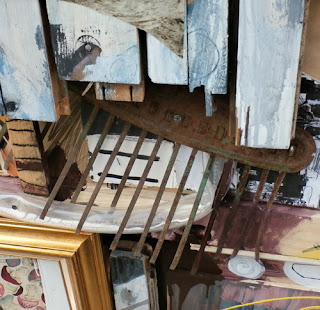 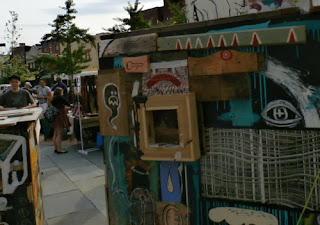 Bohn towers subvert assumptions we have about art. Yes, the collage, the combination of found art and illustrations – part and parcel of the calling of the collage artist – makes us question context and memory. Bohn is also commenting on presentation of art and our culture, what our debris tells us about culture. By manipulating cultural flotsam through illustration and personal memoir, Bohn has made an art that sums up the parts while simultaneously shattering the whole.