Last year I had some fun with this post of the remnants of a pay phone. Over the weekend a friend posted a picture of a pay phone on her Facebook page with the caption, remember these. Indeed, I do remember these and in fact there are many still around, but they are both here and gone. 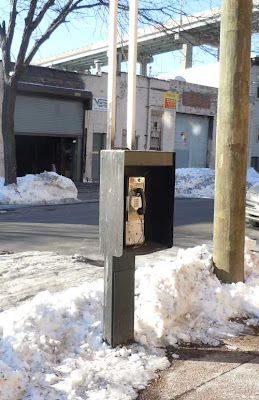 I remember calling her from the pay phone. I took all the change I had to stop that operator from interrupting us. It was winter and nobody else was around and the only thing I had in this world was her voice on the other end. 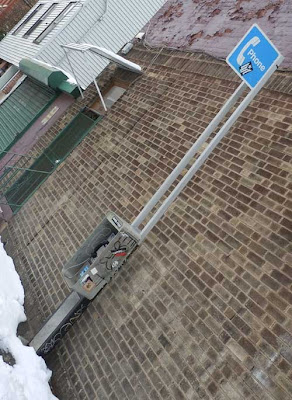 It’s easy to assume they are all gone, the pay phones. Everybody must have a cell phone by now, don’t they? But the cell phone doesn’t always work, the batteries and the zones and the minutes, so you never know when you might need a pay phone. There they are, reliable vestiges from a past whose number you lost long ago. 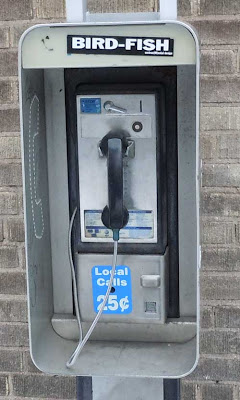 Every cell phone call can be listened to, not so easy with the pay phones. I keep thinking of the Sopranos, all the calls to Tony Christopher made from the pay phone. See, it’s not just nostalgia about the pay phone or the random emergency call that creates the persistent though dwindling demand. 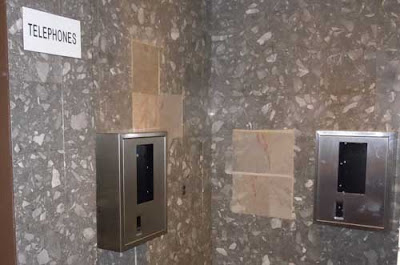 My favorite of the gone Pay Phones are the ones that are (or is that used to be) at the Newport cinema. I remember having to wait to use the pay phones here; they built a kind of mini-lobby just for the patrons in need of making a call. Pay Phones never interrupted the movie at least. The alcove is still here, even the telephone sign (To distinguish them from the nearby rest rooms I guess) but the phones, they’re gone. 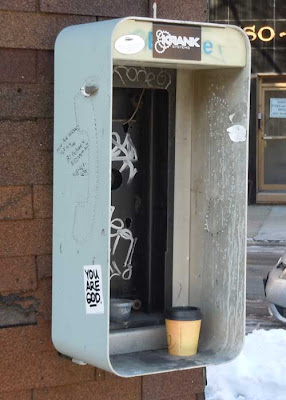 This gone phone is sad and funny. On the side of the shell is graffiti, promising hot gay sex and a phone number. I imagine somebody seeing this and saying, well, as long as it’s hot, deciding to call, shoot no pay phone. Well, I guess you can still use your cell. Such a mean & cowardly act: writing a slur with a phone number for some random psycho to do your harassing for you. 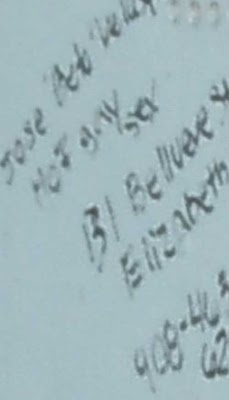 Across the street was this phone, near a liquor store. Used to be a pay phone on every corner, now they are gone pay phones across from each other. There were even television commercials encouraging people to use them. It was a big deal when the price rose from a dime to a quarter. There was even a problem with people stealing calling card numbers. Hit me on my cell and tell me again about the before time. 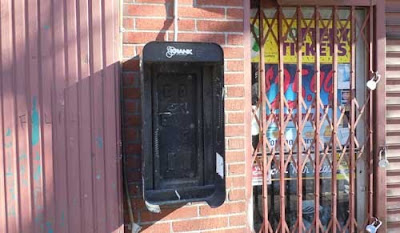