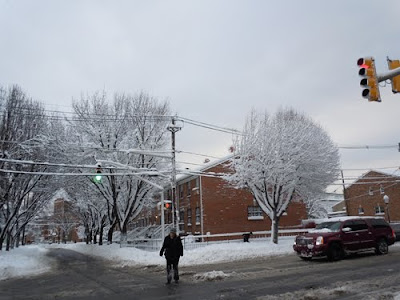 The trudge has been a consistent morning ritual since our first real snow of the season about a month ago. Can’t wait for the Saint Bernard’s... Must keep moving forward… to the PATH. Did I hear that right, seven snow storms so far… 15 inches fell… 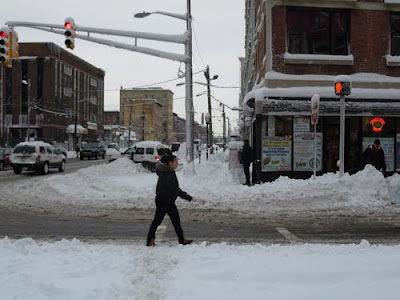 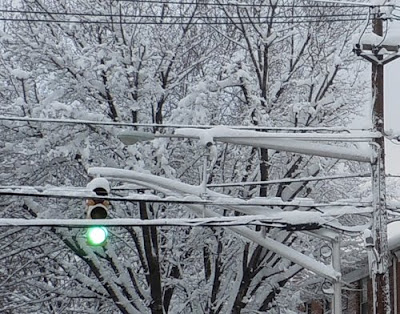 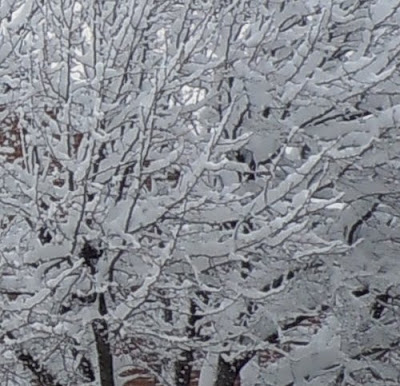 I’m sick of the snow just like you but what can one do? But as soon as I think there is nothing else to blog about something another insight slips under the door… the digging out had just started when I embarked on the day’s trudge, so the snow was freshly fallen, the fall ending just before dawn. I was struck by how pretty the snow was in the various ways it had accumulated on the branches and street lights. Maybe that’s why we initiate winter with decorations because snow acts in a similar fashion, a temporary enhancement of surroundings that makes the familiar new again, a disguise for the deadly reality that can be winter. 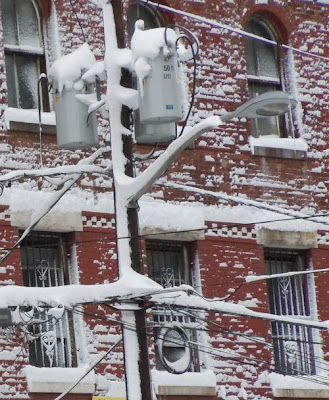 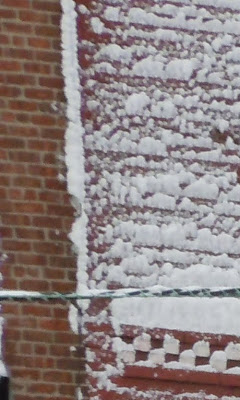 Once you get an idea from an observation you then are compelled to look at everything in order to confirm that idea. The accumulation has a pattern to it, lumping differently on branches then on phone lines and fire escape rails. The accumulation adapts to the shape of the object, thinner and thicker depending on the width of the surface upon which it falls. I wonder how uniform even this accumulation really is. Snow streaks accumulate on some exteriors while other sides of buildings are totally clear. Does a snow storm have eddies like the sea which are subject to tides, winds and the whims of the moon? Do accumulation patterns differ with each snow storm? 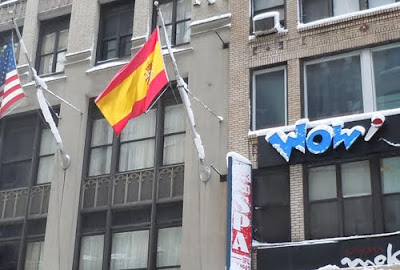 oops. this should have been uploaded for the lower portion of this blog. 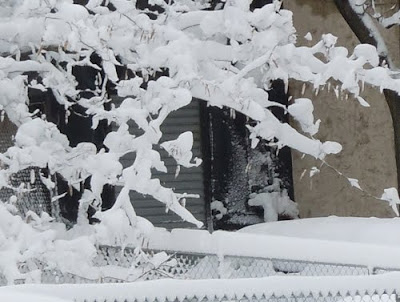 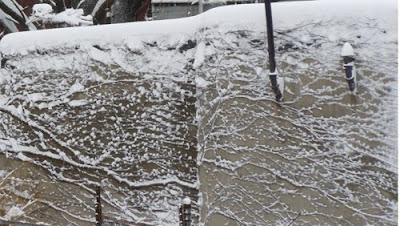 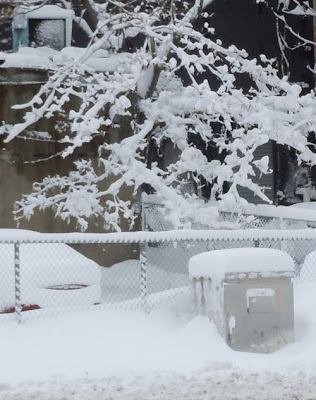 A woman was also taking pictures when I finally reached Grove.

"It’s a better snow than the other blizzard,” she said.

“It’s deeper, and fluffier… look how white it is!”

“You’re right, it is a fluffy snow,” I said, snapping the snow covered PATH entrance on the Southside of old Railroad Avenue that she had taken the picture of.

This is what the seven blizzards so far have given us: We’re connoisseurs of snow?

We are experts on snow aesthetics. Is a rating system so far away—snowflakes for stars! I give this storm four out of five flakes! 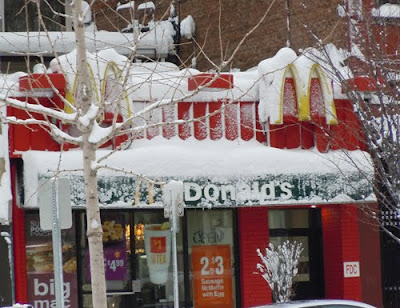 On the Manhattan side, couldn’t resist this shot of old Horace Greeley. Eventually this N.Y. publisher supported the Union yet after the civil war supported the release of Con. Prez Jeff Davis from Monroe Prison. Today his likeness was point of accumulation. 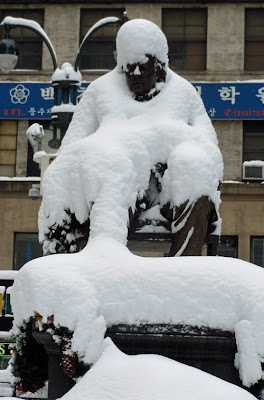 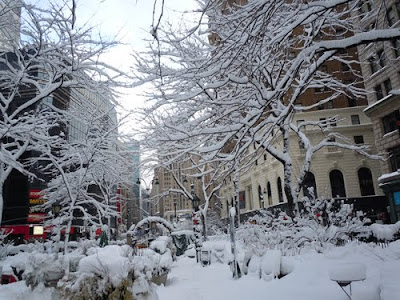