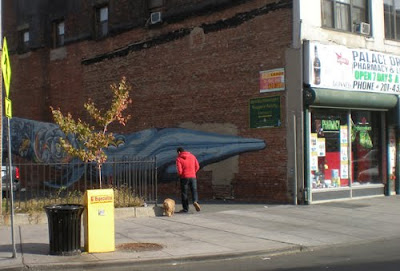 When I first noticed the Blue Whale on the side of Palace Drug & Liquor store, I thought, has that always been there? Then I found it via a Jersey Journal Article over the weekend, that it had only been painted a week ago. For whatever reason, I didn’t have to walk that particular block all that week until Saturday. I breathed a sigh of relief that my observational skills are still intact.

According to the article, the landlord of the building approved the mural which was created by Trenton-based S.A.G.E. (Stylez Advancing Graffiti's Evolution), a website is available here 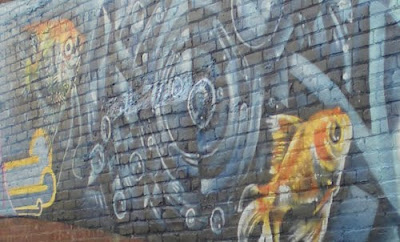 Their mission statement reads: “ S.A.G.E. (Stylez Advancing Graffiti's Evolution) Collective is a crew of artists who are taking public art to a new dimension. We are the muralists of the future.”

Is a mural really the evolution of graffiti of just a coinciding of one art form—mural—with another—graffiti. When graffiti gets publicly sanctioned, is it still graffiti? If you’re Keith Haring you would probably say yes, so that point is mute.

"I feel like having murals, it adds texture. Maybe someone walking to the train in the morning, they're having a bad day and they can look up and see a mural and have a free smile," Dylan Evans told the Jersey Journal. I liked the quote. Evans created the Jersey City Mural Arts Program and has worked on other murals here and about.

Melville saw the whale as containing all of mankind. Here on this wall, it contains an aquarium. The whale literally embodies the underwater water. There’s other fish in the torso of the whale. I like the way the whale floats on the brick, a brick a red sea. The painting doesn’t go all the way down to the asphalt.


I get all my pharmaceutical needs filled at this drug store, have been since coming to town. They’re really nice folks working there. Half the store is a liquor store. I always thought it was a hold over from prohibition, where alcohol could be purchased with a doctor’s prescription. Apparently the truth is that it has only been drug/liquor store for a few decades. It was originally a movie theater, which is where the Palace comes from. Why the unique combination of drugs and alcohol—okay, unique for a retailer—I guess that’s just another downtown mystery 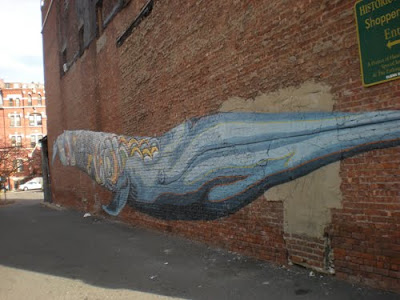 This particular wall and alleyway is a favorite hangout for some of our local winos. I didn’t see them around this weekend. Maybe the art scared them off. Their absence was likely a mere anomaly. On the other hand, here is something that I’ve noticed about murals—I never see them “tagged” by graffiti. A mural goes up in our fair city, nobody disrespects it. 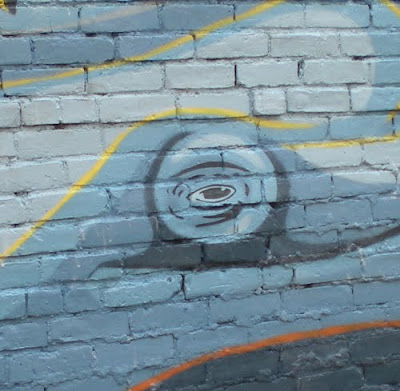 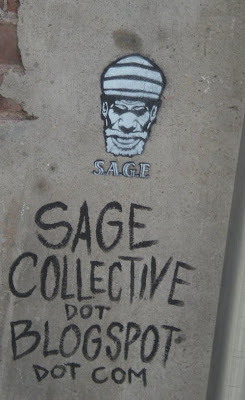