This memorial mural doesn’t have a name. Richard Larvoers had just started the piece when I passed by, purely by happenstance. The section of a building on Bay Street had been had painted white, and working from an initial taped to the wall, Richard was filling in pencil sketch marks with magic marker. The drawing featured some recognizable Jersey City buildings and in the center the Twin Towers of the World Trade Center. The mural is a 9-11 Memorial, timed to be ready by the time of the 10 year anniversary of the Terror Attacks, which took placee directly across the river from our fair city. 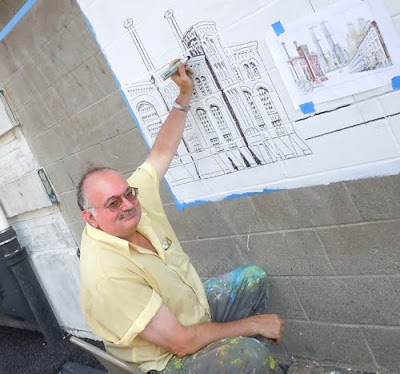 The draft drawing he is working from was more invocative of Jersey City than documentation. “It’s not going to be exact,” he said then asked Rafael Torres, a firefighter and artist for a picture of a boat that he wanted to include. 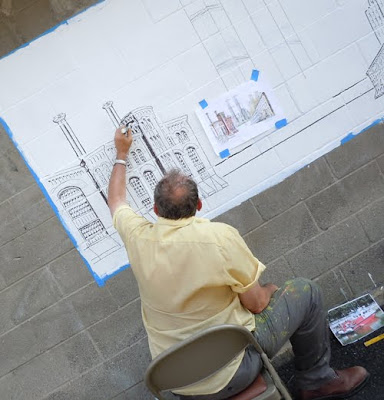 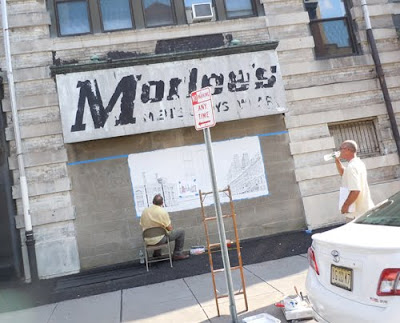