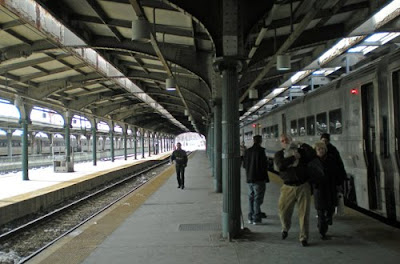 We’ve been buddies for a very long time, since Freshman year of high school. He lives in Los Angeles now, we grew up together in the Bergen County Suburbs.

He’s from Westwood, but was born in Jersey City. His mom still lives in Westwood. He comes to visit several times a year, more than every other month. Usually business of some sort necessitates the trip, we get together for a meal or a drink, often with other friends. We’ve been having a continuing conversation since about 1974. This trip he was mainly visiting mom, and getting re-acquainted with relatives for reasons that remain unclear to me, but he was staying in Westwood with his mother and came to Hoboken via the Pascack Valley Line. Runs on the weekend. 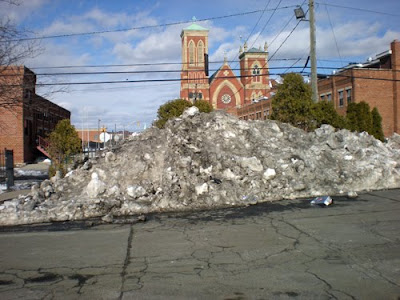 I want to go to Jersey City, he tells me.

Turns out he’s on a genealogy kick of some kind, a cousin of his on his mother’s side has done research. They’re Italian. Tracing the original, pre-anglicized versions of the spellings of the names, finding out the towns in Italy—in this case, Naples—the family hails from. It’s pretty common. The nexus point for Tony is Jersey City. The families spent two or three generations here until moving to the suburbs in the early 60s. His mom gave him addresses of some houses where they lived and we were to walk around and take pictures of them. Well he took pictures of them, I took pictures of him taking pictures of them because I thought it would be a funny blog.

It was a warm winter day, not too warm, not spring like but at least, there was little to no wind. A nice day to walk around. We took the light rail to the Jersey Avenue Stop, the Brownstone Diner had a line so we just walked towards Brunswick street. On the way there, we passed St. Bridget’s Church, where his parents were married and he was baptized. I thought it looked nice behind this gray hill snow. By the way, it was 81 degrees in La-La-Land. Tony likes getting his fix of winter, as he says. Everybody is interested in identity and part of identity is the past of your blood before you existed. Two of the addresses were in the old Italian Neighborhood, basically around Brunswick Street, First street and Third street on Brunswick. This was where his father lived, I think, or that side of the family. 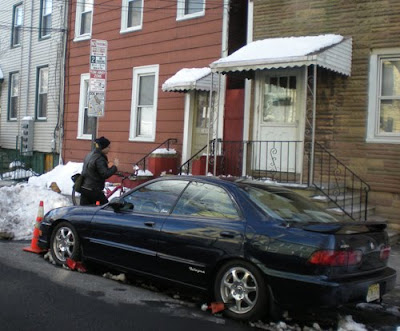 This is familiar to me, said Tony.


Familiar to you, you left here in diapers.


Yes, but you forget, for years we visited my grand parents. I remember coming here every Sunday.


I did remember that. In fact, one time when we were kids I slept over his house and his mom made us breakfast. Eggs and sausage and she told me that the sausage was home made. That fascinated me. His grandfather made the sausage in the basement in Jersey City. She had a lot of stories about Jersey City. I wonder if I first heard about Jersey City from Tony’s mother?

My great great Grandfather was a horse cart merchant. Every day he would take his cart and horse on the ferry to Manhattan, get his fruits and vegetables, and come to Jersey City and sell the produce. My cousin said that the family has been here since 1859, in Jersey City. 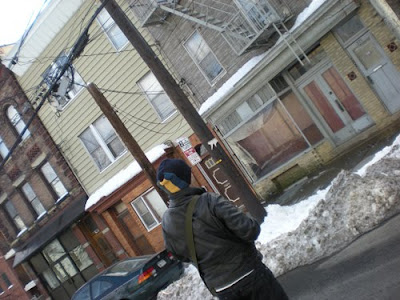 The big mystery was Central Street.

I told Tony that my sense of direction was like my hair line, not getting better with age.

After Brunswick Street we had lunch at the Lamp Post. The bartender there knew the street, gave us directions. Now, my buddy, Mustafah, born and bred Jersey guy, gave me directions. It’s near Siperstein Paint Store. I had called him after trying to google Center Street.

The google map made no sense to me, there were these little blocks with street names that I never heard of, I’ve never been to that nook of Jersey City, which is basically right up against an exit from the Turnpike. The bartender turned out, was a paper boy, which of course made me dream of the kid delivering papers to my friend’s grandparent’s house, although they were gone by the 80s which was when he was the paper boy. 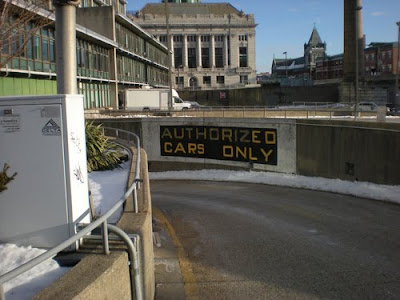 The directions he gave us sent us up Newark Avenue to the Heights, away from Sipersteins. I can’t really follow directions anyway. Turns out the bartender was thinking of Central Avenue, not Center Street.

Central Avenue is only a few blocks too, not many houses. What an excellent walk by the way, from Brunswick up to Newark Avenue. I passed a very interesting statue and I thought the sign by the Court House Drive was cool—Authorized Cars—ominous.

By this time, we are near Journal Square. I get the bright idea, let’s get in a cab and just ask for Center Street.

The cab driver says he doesn’t know where it is. We tell him, just go down Montgomery. Montgomery is the only other landmark his mother told him. It was her house. She grew up there and apparently passed down for a couple of generations before being sold. We get to Siperstein’s and what do we see but Center Street, just as Mustafah told me, near the Turnpike. 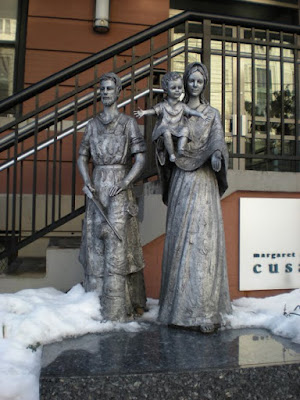 It’s a nice enough house, indeed, across the street from the turnpike exit. 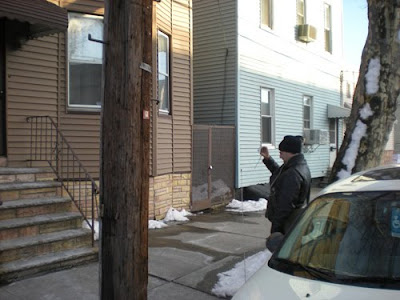 Maybe the Turnpike wasn’t here when Tony’s mom was. Maybe Tony is older than the Turnpike, well this exit ramp at least, maybe.

Here’s one thing about Jersey City folks, past and present. Tony’s mom, Mustafah, the bartender—ask them, North of this, do we head east or west—nobody has a clue, the compass references are not given credence in Jersey City. My sense of direction is pitiful, but I do know the difference between North and South, East and West—I use New York as my guide—we’re west of Manhattan.

But it’s not that big a thoroughfare, so these mistakes are expected. Besides, it was fun seeing parts of Jersey City. And, it makes sense, the houses so close together. Basically, his life was made by two Italian-Americans who grew up within four or five blocks of each other, and their church.

He’s been my buddy since Freshman year of high school, and now I live in those same shadows. 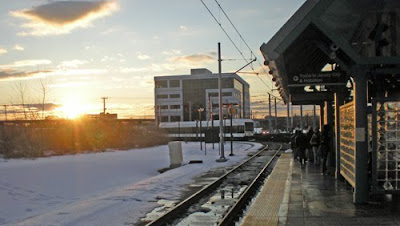 We walked back to the Jersey Avenue stop of the Light Rail.

Here’s a sample of our conversation, which is sort of typical of our oddly senses of humor.

The authorities made them change their names. My cousin told me it should be an “i” not an “e”.

What a shande. Had to change a vowel. I’m sure they were more than happy to change a vowel to live here. In Italy they were peasants, crushed under the brutal heel of Italian royalty.
I agree they were much better off here. I don’t think they cared one way or another. It was the first I heard of it, from my cousin.

You know what we called the Italians who didn’t change their names? Sacco and Vanzetti. Nuff said

They were guilty, by the way. 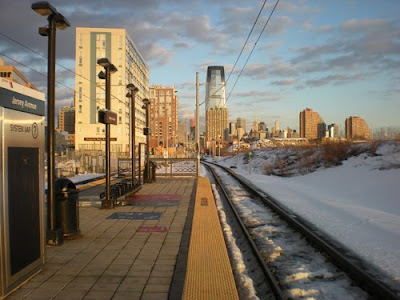 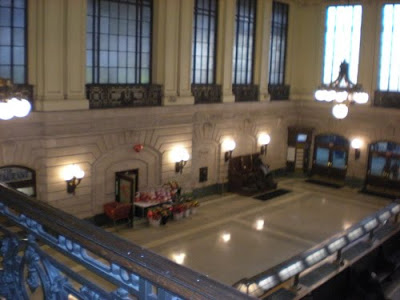 We had a drink, walked around the Train Station before his train left. Sort of an interesting day, everything comes back to Jersey City, every one at least, in some form or another. Something about this city leaves an impression and it’s pretty easy to imagine the horse drawn cart going down Brunswick Street. 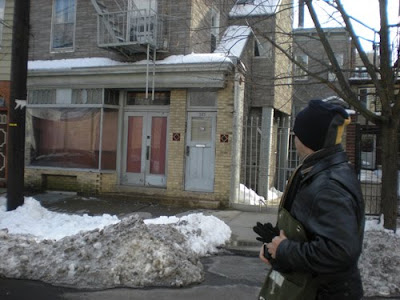