I Loved Those Sunglasses 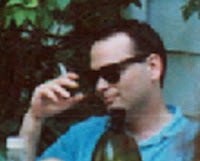