Van Vorst in Snow while Snowing 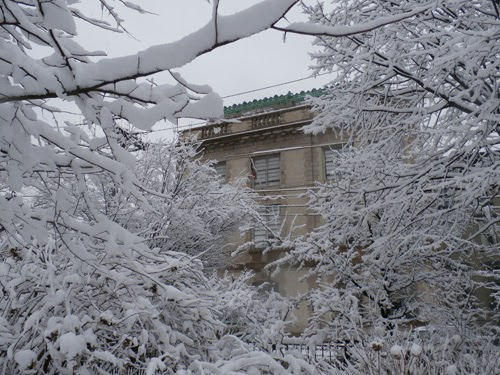 The view of Van Vorst Park from the New Jersey Room at the Main Branch of the public library. A wet heavy snow is falling.


Thought the contrast of the view below from above with the view above from below might cause some perception reflection. Really though, snow is all you need for reality to be reconsidered. Stark, yet magical. There’s different types of snow and different times of the year causes different types. Today’s flakes were big and thick. The snow clumped on branches. 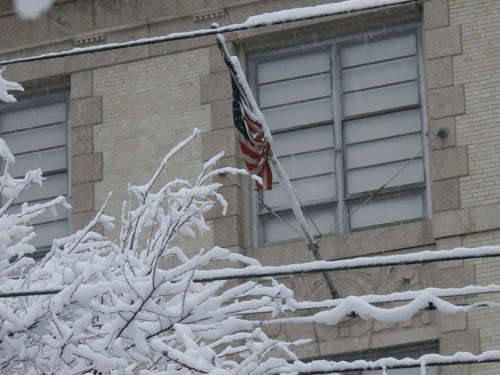 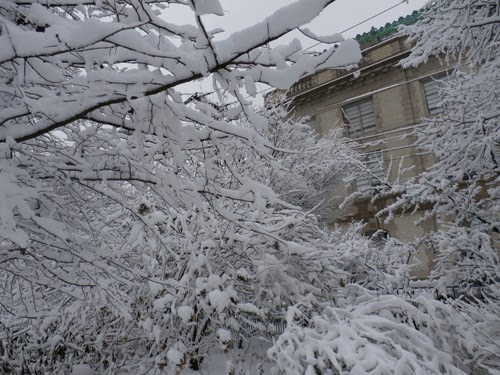 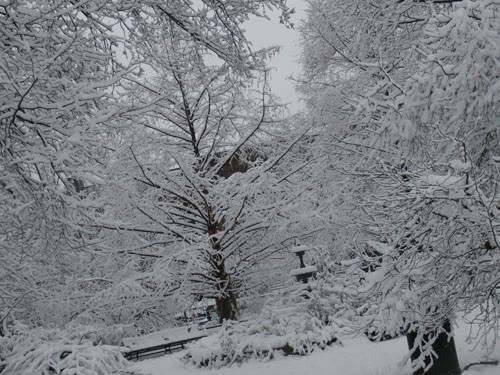 Memory convinces us there’s life underneath all this frigid white. The green will return. The insects and squirrels, the chipmunks and birds. Now though only a few with their dogs represent visible breathing life.


Christmas is long over. We no longer fantasize about infant child’s bringing peace or reindeers pulling sleighs in the sky or men made of snow with eyes of coal and the ability to dance. Polar Bears aren’t drinking Coca Cola,  they’re hunting and under that parka you look mighty damn tasty. 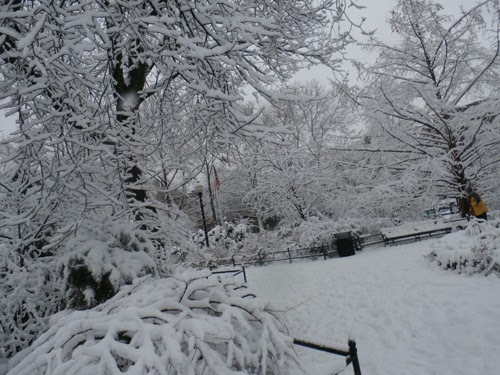 Winter is not celebrated now, just endured. The reality is stunning and beautiful. The transformation of our immediate world is as all-embracing as it is temporary. 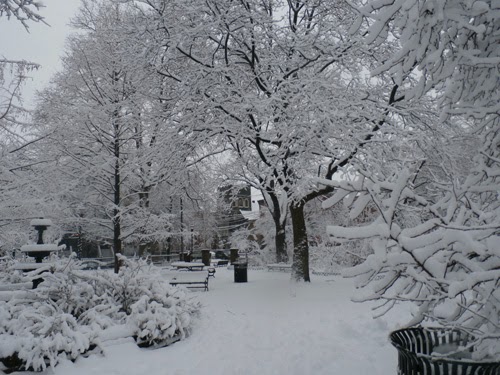 Snow creates a hush. Not silence, but a total dampening of sound. The traffic on the other side of the trees gargles as it slogs along. Snow hisses in descent. Nothing echoes. A lonely voice, strays inarticulate in the distance, fading instantly.
The park almost vacant, the snow fresh and thickening, unplowed, unshoveled, unblemished. American flag, limp and clinging to its pole, faded and soaked colors in the white tells how overwhelming weather can be.
Gradually your realize the forms under the clumps of snow, the gazebo, the branches and trunks of trees, the fountain, the benches, the trash pail, the wrought iron fence, what you see caused by the physical use of space and the visible lines of metal of wood. They’re like marks on a sketch pad. Lines and dashes that do not create objects, only suggest what they might, hint at how the actual space. This snow makes this park tarry in the moment where we are not sure if reality is becoming abstract or the abstract more real. 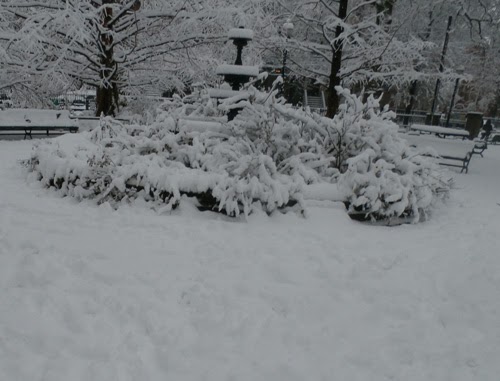