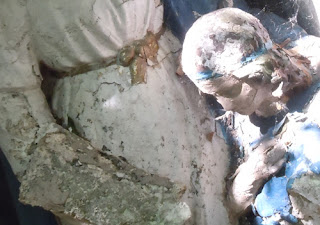 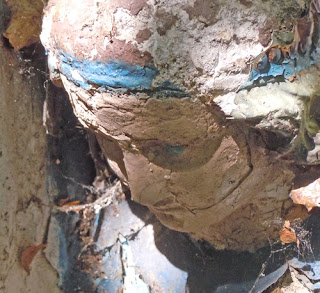 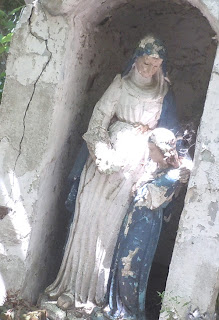 The shrine to Saint Anne in the yard adjacent to the Jersey City Art School,  was part of the original yard of the Catholic War Veterans house – here is an earlier blog on the history of this back yard, recently repurposed for an outdoor film festival. The JCAS has embarked on an exciting embankment art project that began with cleaning up the back area and alley way of this stretch of 5th Street, unearthing the Catholic War Veteran’s shrine to the icon Christians (and Muslims) believe to be the mother of the mother of Jesus Christ.


The paint is cracked, large shards flaked off, yet the blue of the veils, the flesh tone of the faces, flecks of gold in the robes, remain visible. You can still see the eyes of both mother and daughter. Decades upon decades this shrine, two statues in a brick alcove, exposed to the elements, yet surviving time. There’s still a useable rack for candles to accompany prayers and devotions, and a plastic, small statue of the blessed mother on a pole.


It’s summer, so there are spider webs. In spite of the corrosion of stone, you can still make out who the saint is.


What is in Saint Anne’s hand? Pages, paper most likely -- St. Anne is holding a book or scroll in most depictions because she is teaching the young blessed virgin how to read. That’s the image of motherhood presented. Matriarchal lineage manifests itself with a symbol of gaining knowledge. It’s an empowering image of cross-generational feminist solidarity.


There’s a St. Anne Church and school up in the heights. The Feast Day of Saint Anne is July 26th.


I’m sure I’ll be posting about this new JCAS project, but for now this rediscovered shrine grabbed by imagination. Decay is relentless, maybe inevitable, but the statue for the moment has won the argument, a costly victory but victory nonetheless. The shrine is a link to a different city, a different America, another time, yet unquestionably this is her home, she is a familiar here, not out of place.  A new generation of artists (and art) may be transforming Jersey City, but in doing so a collective past is being discovered and preserved. 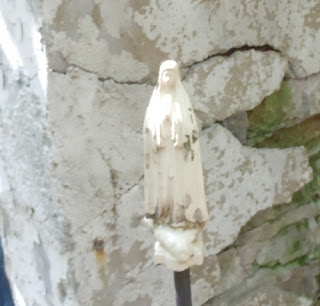 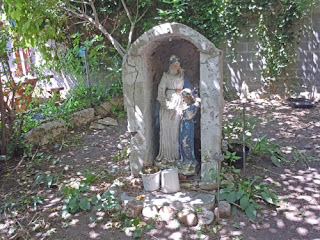 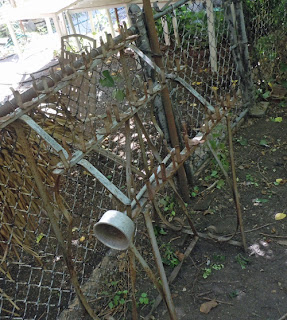 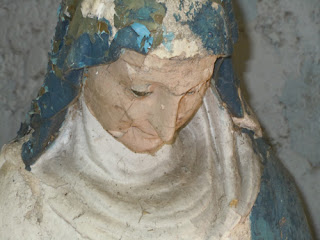 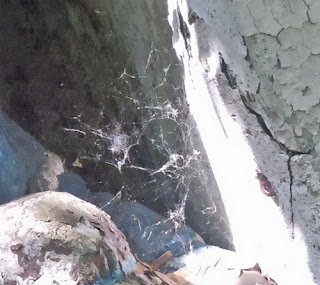 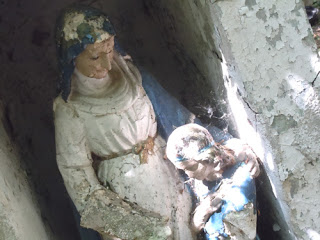 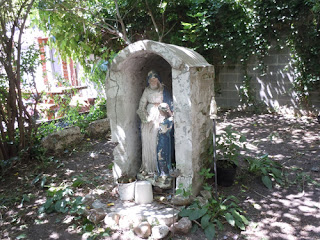